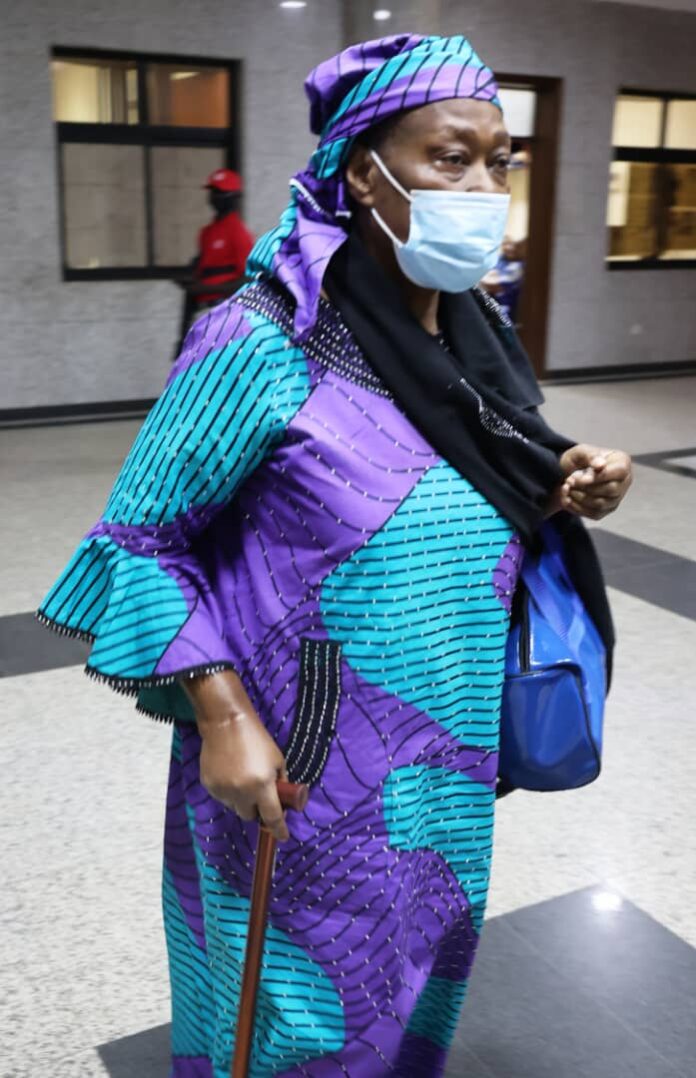 Count three reads: “That you Grace Taiga, Enameg Vera Mases Taiga (at large) Brendan Cahill (at large), Michael Quinn (deceased) on or about the 30 of January, 2012 within the jurisdiction of this Honourable Court did conspire to commit an offence to wit, money laundering by disguising the origin of the sum of Five Thousand United States of America Dollars (USD 5,000) paid by Kristholm Limited -a company controlled by the owners and promoters of Process & Industrial Development Limited (P&ID) – into the HSBC bank account of Enameg Vera Moses Taiga domiciled at No.8, Canada Square, London branch of HSBC, which money you reasonably ought to have known forms part of the proceeds of an unlawful act, to wit; bribery and thereby committed an offence contrary to and punishable under section 15(21d) and (3) of the Money Laundering (Prohibition) Act, 2011 (as amended)”.

The defendant pleaded not guilty to all the charges.

In view of her plea, prosecution counsel, Abba Mohammed prayed the court for a trial date and for the defendant to be remanded in prison custody.

Defence counsel, Ola Olanipekun, SAN, said he filed a bail application on behalf of the defendant on March 18, 2021, praying the judge to admit her to bail on the grounds of ill-health and being a senior lawyer and former director, Legal Services in the Ministry of Petroleum Resources who was called to the Bar in 1977.

After listening to the arguments by counsel, Justice Egwuatu released the defendant to her counsel and adjourned the matter till October 27, 2021 for ruling on her bail application.