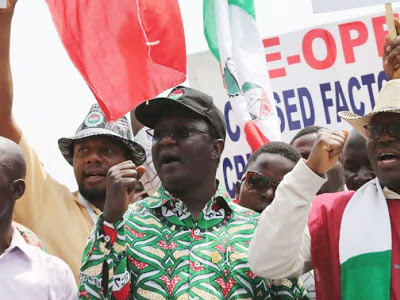 The Nigeria Labour Congress (NLC) has said President Muhammadu Buhari-led federal government is taking Nigerians for granted following the announcement of increase in the price of petrol.

The Petroleum Products Marketing Company (PPMC) had on Wednesday announced a nationwide price increase of pump price of petrol after it adjusted the ex-depot petrol price from N138.62 to N151.56 per litre.

The ex-depot price is the cost at which the product is sold to marketers.

The labour union, however, while rejecting the new price said the increase came at a time Nigerians are passing through very peculiar and precarious times.

It added that an emergency meeting of its organs will be summoned to deliberate on the actions to take.

The President of the NLC, Comrade Ayuba Wabba, while reacting to the fuel price increase yesterday told journalists in Abuja that the labour movement was shocked at the development

He said: “In fact, Nigerians and even NLC we are shocked, and this increase is coming at a time when many Nigerians are passing through very peculiar and precarious times.

“It is like Nigerians are being taken for a ride; the increase in price of petrol is like adding salt to injury.

“The increase in price of petrol has happened now more than three times in three months; only yesterday they hiked the tariffs of electricity. And to compound it, they also reduced the interest rate of savings, which affects mostly the poor and the vulnerable.

“While rejecting this with the strongest terms, I think Nigerian government is taking Nigerians for granted.

Wabba said that federal government has betrayed the trust of Nigerians.

He said the government has failed to protect Nigerians against “the economic challenge that is affecting us.”