Properties worth hundreds of millions of Naira including buildings, shops, vehicles, and offices were razed in a fire believed to have been caused by illegal oil bunkering at Abule Egba, Lagos early Wednesday.

Newsheadline247 understands the fire incident which started around 3:00 am Wednesday forced scores of residents out of their respective homes seeking safety.

It was gathered that the explosion occurred when suspected vandals broke an oil pipeline in the area, leading to spillage.

Numerous houses, cars, and offices were destroyed by the explosion but a popular shopping mall in the area, Just Rite Stores was not affected despite the closeness to the location of the disastrous inferno

However, despite the huge loss recorded in the fire disaster, the number of human victims could not be ascertained as at the time of filing this report. 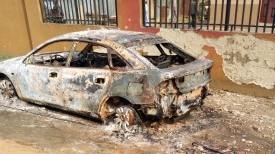 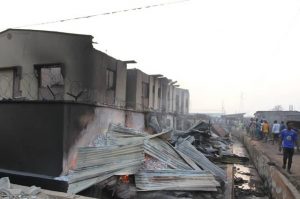 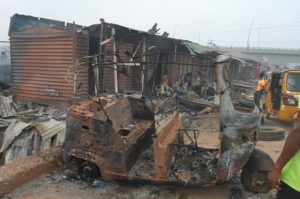 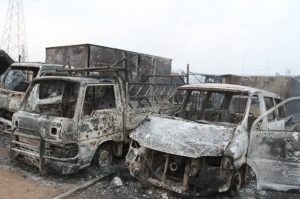 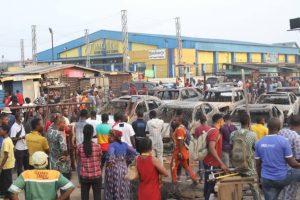