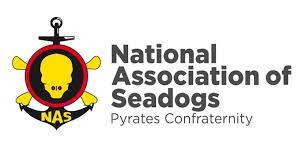 The National Association of Seadogs, aka Pyrates Confraternity, Ash Montana Deck, has urged Nigerians not to hesitate in testing the nation’s laws to strengthen democratic practices and build strong institutions.

The association, which decried growing impunity, disobedience to rule of law and abuse of fundamental human rights in the country, called on the citizens to take their destiny in their own hands and dictate the tone of governance.

Emmanuel Eromonsele Okoghe and Barrister Habeeb Whyte, the Vice President and Legal Officer of NAS Abeokuta Chapter respectively, made the submission in a radio programme on Roots FM 97.1 Abeokuta, which was part of the association’s activities to commemorate the International Day of Democracy.

The International Day of Democracy, as resolved by the United Nations, is celebrated annually on 15 September with the purpose of promoting and upholding the principles of democracy.

The duo described the Pyrates Confraternity as a non-political and non-religious organisation whose aim is to strive for the attainment of a just, humane and egalitarian society.

Okoghe, who noted that democracy is about the will of the people, expressed regret that the form of government had been destroyed by impunity in the country.

“Unfortunately, the style of democracy practised in the country has been tailored to benefit a select few and their interests as opposed to what the majority needs. This has made it difficult for the will of the people to be paramount in our democratic construct.

“The result has been impunity, disobedience to the rule of law and abuse of the basic fundamental rights of the people, among others. The Pyrates Confraternity, therefore, uses this period to remind all that democracy is about the people, their will and aspirations.”

Okoghe asked the people to always stand and speak against undemocratic practices capable of truncating the nation’s democracy.

“The National Association of Seadogs has no political affiliation and it has not endorsed any candidate or political party. Its interest is not aimed at criticizing a particular candidate, administration, political party or government. Its interests include to ensure the right principles of democracy are entrenched, the rule of law is strictly obeyed, good governance, transparency, and accountability are institutionalised,” he added.

On his part, Whyte pointed out that every citizen has a role to play in entrenching strong democratic principles in the country.

The legal practitioner said it was wrong to blame only the leadership or the led for the rot in the nation’s democracy, insisting that both the leaders and followers contributed to current political challenges.

He said, “We have witnessed 23 years of uninterrupted democracy which has left much to be seen and desired. Democracy, which is supposed be about the people, has taken power, peace, fundamental human rights and security from the people.

“There is monumental corruption with its resultant impunity, lack of transparency, abuse of the rule of law, no freedom of speech and press, insecurity at its highest points, abuse of due process, nepotism and other issues which are clearly anti-democratic and huge threat to our hard-earned democracy, peace, unity and stability of the nation.

“When the leaders lead by the right principles and examples, the led will definitely fall in line. On the other hand, when the leaders do not set the right examples, the led also do not see any reason to behave different from the examples of their leaders. Such promotes the culture of impunity, violation of the fundamental human rights, violation of the rule of law and other attitudes that are anti-democratic.”

Whyte stressed the imperative of upholding the rule of law and strengthening global best practices of democratic principles in Nigeria.