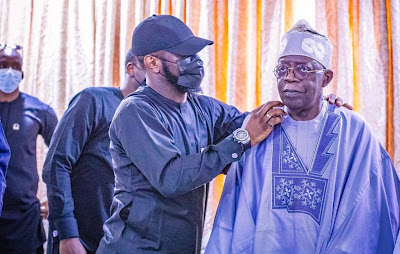 The atmosphere was tense. Palpable treachery and uncertainty hung thickly in the air around the Eagle Square, Abuja, which played host to the presidential primary of the All Progressives Congress, APC, between June 6 and 8. The whole nation was literally on tenterhooks.

It was late into the night of the convention proper where former Lagos State governor, Asiwaju Bola Ahmed Tinubu, was seen as the leading contender. But he had some of his protégées and beneficiaries of his vast political influence, particularly, the Vice President, Prof. Yemi Osinbajo; former Ogun State Governor, Senator Ibikunle Amosun; and Governor Kayode Fayemi of Ekiti State, to contend with.

As the night wore on, aspirant after aspirant presented their plans before an excited crowd of party faithful and a nation on a cliffhanger. Then, the night started unfolding dramatically. The immediate past Minister of the Niger Delta, Senator Godswill Akpabio, was the first to break the ice by withdrawing his candidature for Tinubu. Amosun followed suit. But the real deal-breaker was to come.

2023: I wear my ‘zero votes’ with confidence – Tunde Bakare boasts after ridiculous loss at primary

A lone figure, garbed in black jeans, a black t.shirt, and a face cap, stood out among the crowd. He was on his toes, torso bent, and ears strained to pick every word emanating from the speaker on stage. Then, he leapt and spun, shrieked and screamed, and sped off in undisguised excitement. Fayemi, also a major contender in the race, had just announced stepping down for Tinubu. The lone figure that had gone into a wild celebration was Seyi, the eldest son of Tinubu.

Seyi understood the import of Governor Fayemi’s withdrawal. He knew that it was a veritable game-changer for his father’s lifelong aspiration to rule Nigeria. Tinubu went on to win the race and would fly the party’s flag in the 2023 election.

A video of that moment would emerge on social media the day after, earning Seyi widespread adulation. Indeed, not in recent memory has the child of a leading politician been seen by their parents’ side during such a testy and tumultuous period as Seyihad been.

Many young people praised him and prayed for a child like him, saying that during the campaigns and consultations, he was everywhere cajoling, consulting, and collating resultswhile simultaneously monitoring his father’s movement at the convention ground all night without a moment of break.

Not a few people also alluded to the fact that the way he travelled all over the country with his father, attending to his needs every second was highly commendable and rare in a clime where leading politicians would rather keep their children outside the country while campaigning.

In the weeks leading up to the hotly-contested presidential ticket of the APC, Seyi the University of Buckingham-trained lawyer shed his self-effacing toga to adorn the garb of a bouncer, sidekick, polling agent, data analyst, and fashion adviser among others. He was with his father during barnstorming stops and brainstorming sessions. He was ubiquitous but understated, hands-on and visible without being meddlesome. There is a viral picture where he was adjusting his father’s agbada. He never left his side all through.