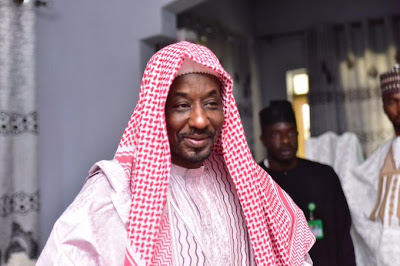 “Beyond the challenging global context, Nigeria has problems entirely of its own making”

Former Emir of Kano, Muhammadu Sanusi II,  has described Nigeria as an oil economy with no oil revenue, as he bemoaned the country’s economic woes.

Sanusi spoke during the weekend at the 7th edition of the Kaduna Economic and Investment summit (KadInvest 7.0) held in the state.

Also a former governor of the Central Bank of Nigeria (CBN), Sanusi decried the downward trend of crude oil revenue over the last ten years.

“Beyond the challenging global context, Nigeria has problems entirely of its own making,” he said.

“Oil revenues, once the lifeblood of the federal government, have been in secular decline for over a decade. This has been happening regardless of the oil price environment.

“Annualising the realised revenues over H1’22, the federal government of Nigeria (FGN) is set to collect just $2.9 billion in oil proceeds this year, compared with nearly $60 billion in 2011.

“This is one of the biggest oversights in public financial management anywhere in emerging markets (EM).

Sanusi said every year, higher targets are set and then duly missed, adding that yearly, record deficits are recorded.

“In the absence of the targeted revenues – both oil and non-oil – the federal government’s crutch has become ways and means advances by the CBN.

“As a share of the CBN’s balance sheet, these now account for over 1/3. The cost of servicing these debts – along with all the conventional debts — has pushed FGN debt service to N2,597 billion in H1’22 compared to FGN revenues of N2,402 billion (108 percent).”

Meanwhile, in the current environment, Sanusi said the first and most obvious problem is the existence of the fuel subsidy and opportunities this creates for fraud.

“Average daily fuel consumption in Nigeria (by the NNPC’s admission) is 66 million litres/day, and on some days as high as 100mn litres,” he said.

“This is roughly equivalent to where Indonesia (2019), a country with nearly three-times Nigeria’s GDP/capita, two-times the number of vehicles and two and a half times the size of road network.

“And this is not just the impact of subsidies. In Iran official fuel price are 5 US cents per litre, less than 15 per cent of the pump price in Nigeria.”