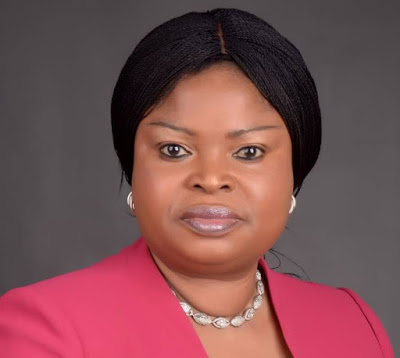 There is disquiet in the Office of the Sustainable Development Goals (SDGs) and the Office of the Accountant-General of the Federation (OAGF) over N23b traced to the account of a Level 12 officer, the Economic Confidential can authoritatively report

The affected officer and three others linked with the fraud were said to be on secondment from OAGF.

But following the uncovering of the scandal, the Level 12 officer and others have been secretly redeployed to OAGF by SDGs.

There were indications that some security and anti-graft agencies were probing the illicit money laundering.

Also, some documents relating to the fraud have been forwarded to the relevant committees in the National Assembly.

The account of the officer was allegedly used for slush purposes by the management of the Sustainable Development Goals, SDGs Office.

The suspect indicted for the slush fund is from a state in North-West and the beneficiaries of the illicit cash are rallying around him to sweep the scandal under the carpet.

On the discovered N23bn, Economic Confidential gathered that the account where the “diverted” fund was domiciled was detected by the BVN used to open several companies accounts where payments were made to them.

“The personal BVN of the said officer was tied to the slush account of one of the companies being used,” a highly-placed source said.

Some security, anti-graft agencies and anti- fraud units have since launched an investigation, seeking to confirm the purpose of the fund accruing to the account, and beneficiaries of the account.

The Level 12 officer has admitted to one of the agencies that he retained over N1. 8b out of the money for personal use.

Meanwhile, a top official at the SDG Office, who was contacted on the issue told Economic Confidential that the said officer was sent back to the Office of Accountant General of the Federation after the discovery of the scandal.

An insider in SDGs confided in Economic Confidential that “All those involved have been trying to bury the scandal so that President Muhammadu Buhari will not hear about it.

“It is unfortunate that such a huge sum will be laundered in a country where many people cannot feed.

“We want the Presidency to get to the root of this scandal. All the suspects are trying to bribe their way through in order to stall investigation of this fraud.”

This scandal is coming in the wake of an alleged budget ‘padding’ scandal rocking the Office.

The Office of the SSA on SDGs to Mr. President, had proposed N40 billion as budget for the 2020 fiscal year.

Surprisingly in the budget submitted to the National Assembly NASS, an additional N33 billion was curiously added, making the votes for the SDGs Office to balloon to the tune of N77 billion.

However, Economic Confidential, a sister publication of PRNigeria, reliably gathered that members of the relevant Committees in both the House of Representatives and Senate have strongly demanded for an explanation over the ‘bizarre padding’ of the Office’s allocation.

The members of NASS, it was gathered, are set for a showdown with Presidency, and especially, Mrs. Adejoke Orelope-Adefulire, the Senior Special Assistant to the President on Sustainable Development Goals (SDGs).

Mrs Orelope-Adefulire was a former deputy governor in Lagos State.