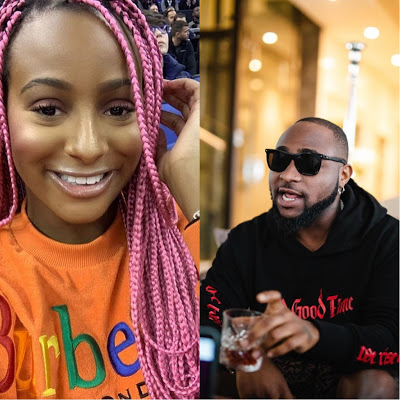 Zlatan, who kept mute, made things worse on Thursday as he denied ever knowing DJ Cuppy during an interview.

Nigeria popular DJ Cuppy has revealed that she’s dragging Israel, a personal assistant to famous singer Davido to court for alleged libel and defamation of character.

Israel of the DMW had opened up on reasons behind another popular singer, Zlatan Ibile and DJ Cuppy’s fight.

According to him, trouble started after DJ Cuppy in 2019 released a hit song ‘Gelato’ featuring Zlatan which made waves at the time.

Things became sour between both artistes which led to DJ Cuppy outburst on social media after she was blocked by Zlatan on every platform.

Zlatan, who kept mute, made things worse on Thursday as he denied ever knowing DJ Cuppy during an interview.

This got Nigerians talking as some criticized Zlatan for his response.

According to him, the daughter of billionaire businessman Femi Otedola used Zlatan and never paid him despite the billions received from their hit duet.

She explained that there have been no breaches of her contractual agreement regarding the song, Gelato as confirmed by her lawyers.

She said, “For the record there have been no breaches of my contractual agreement regarding the song #Gelato as confirmed by lawyers.

“However, as @IsrealDMW publicly inaccurately declared I owe an artist money, I am suing him for libel and defamation!

“See you in court Isreal.”