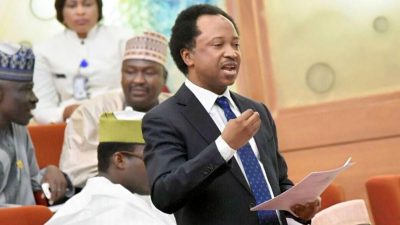 Senator Sheu Sani has said names of Nigerians owning properties abroad should be made public rather than being disclosed only to the federal government.

Dubai, the commercial city in UAE, the UK and the US are among the favourite destinations for corrupt Nigerian government officials to invest heavily in real estate.

The CableNG reported that in August last year, President Muhammadu Buhari signed an agreement with the UAE to enable the federal government extradite and prosecute its citizens who launder ill-gotten wealth.

The federal government and some foreign countries including the United Kingdom have also started the automatic exchange of tax information (AETI) on overseas assets owned by Nigerians.

Kemi Adeosun, minister of finance, said the government had sent letters to request for specific information about offshore accounts held by Nigerians.

The government has also consistently talked about obtaining details of Nigerians with properties abroad for investigation purposes.

Giving his take on the matter via Twitter on Saturday, Sani said in the spirit of transparency, the government should ask for an open publication of names of those stashing ill-gotten wealth abroad.

“I’m in support of the federal government asking those countries to openly publish their names.”