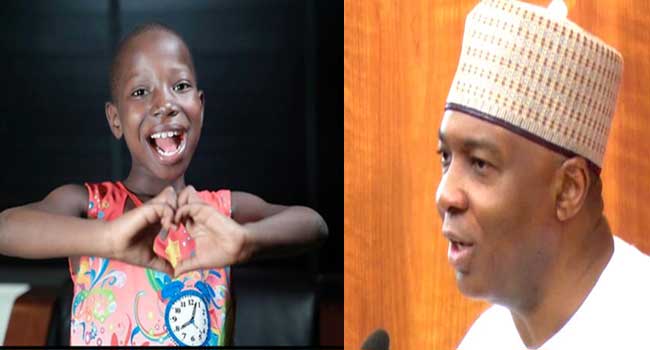 Emmanuella who is just seven years old has featured in a Disney Hollywood film. She made an announcement herself on her Instagram account thanking Disney Studio for giving her the opportunity:

officialemanuella: Thanks @disneystudios God bless everyone whose support has added to bringing us here. I never dreamed of being here so soon. I miss Success. I love you all.

According to reports, Emmanuella featured in a movie, with the title ‘Survive or Die’.

Saraki, in posts on his official Twitter and Facebook accounts, also invited Emmaneulla to the Senate to discuss developing young talents in Nigeria’s creative industry.

One of her numerous jokes

The Senate President said: “Congratulations Emmanuella! Make sure you make them laugh over there.

“Your story is an inspiration. Come by the Nigerian Senate sometime, let’s discuss how we can develop the potential of our young talents in the creative industry.”

Emmanuella was born on 22 July 2010 in Port Harcourt, Rivers state. She started comedy at five years old and has won many local and international awards.