HomeNewsSenators can’t confront Buhari on killings because they want to be re-elected...
FeaturedNews

Senators can’t confront Buhari on killings because they want to be re-elected – Sen. Sheu Sani 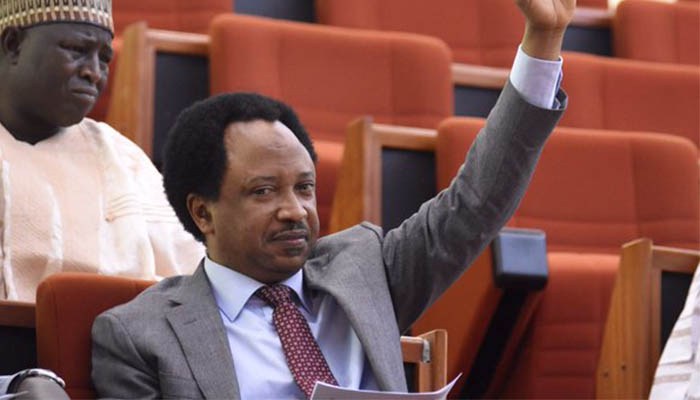 Shehu Sani, a senator representing Kaduna central, says some of his colleagues can’t confront President Muhammadu Buhari on the killings across the country because they want to be re-elected in 2019, TheCable NG reported.

Sani said this on Tuesday on the floor of the Senate while debating a report of an ad hoc committee on security.

He said instead of saying the truth about the spate of violence in the country, some of the senators were massaging egos.

The senator said it had gotten to a point where Nigerians have lost hope in the government.

“It has reached a point today that people have lost hope in the government – we are here trying to massage the ego than tell the truth. We don’t want to confront the presidency and the president because people want to come back to the 9th Senate,” Sani said.

“They do not want to lose their ticket and people are killed in this country. I am very sorry.”

The senator said this is a time when the president should provide leadership to a country which is “in national emergency”.

He said: “Something I like with the presidency, when it comes to the issue of directing attack to the national assembly, they don’t in anyway curtail, reduce or suppress any of the missiles. When it comes to our turn, they point their finger to where the problem is.

“You see some form of cowardice, escapism, and people try to water down the truth. In the report that was represented before us, the federal government was mentioned about seven and we are all part of the federal government. The security of the country is under the control of the commander in chief. Why are you shying away? We are calling on the president to wake up and stand up and protect this country.”

The senator also faulted the visit of Samuel Ortom, governor of Benue, and other leaders of the state, to the presidential villa over killings.

“Some few days ago, I saw the leaders and elders from Benue in the villa. You are bereaved and your people are killed. The villa should go to Benue, not Benue going to the villa.

“Governors that are supposed to be chief executive of the states are every day and every week leaving their post to the villa to go and endorse the president. I think we should tell ourselves the truth. Things are not going right in this country. We are failing, people are dying in their thousands.”

The Senate further directed Ibrahim Idris, inspector-general of police (IGP), to arrest perpetrators of the Benue killings in 14 days.