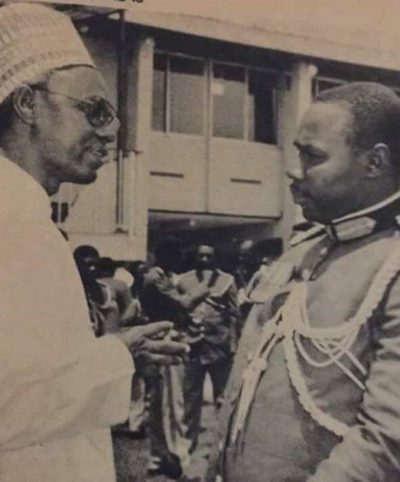 A former President of Nigeria, Chief Olusegun Obasanjo on Saturday paid glowing tributes to the late former President, Alhaji Shehu Shagari who died on Friday at the age of 93.

In a condolence letter addressed to Sokoto State Governor, Aminu Tambuwal, Obasanjo noted that Shagari who took over the reins of power from him (Obasanjo) under a democratic process in 1979, “lived nobly and died in nobility.”

A copy of the letter, which was made available to newsmen on Saturday by Obasanjo’s Spokesman, Kehinde Akinyemi on Saturday, further eulogized Shagari’s roles in the country’s pre and post-Independence politics.

Obasanjo, also a retired general of the Nigeria Army and a former military head of state submitted that  Shagari died at a time Nigeria is in dire need of “such leadership, experience and wisdom to tackle the multifaceted challenges facing the nation.”

The letter read “Indeed, President Shagari rendered outstanding service to our country, and we will remember his services in that respect.

“President Shehu Shagari was a man of honour and an achiever. In all his national assignments, he was forthright, dedicated and showed great commitment in the discharge of his duties. He was a unifying force for the nation and his contribution to the growth and development of democracy in Nigeria cannot easily be forgotten. In all situations, he lived nobly and he died in nobility.

“Let us bear in mind that we all have the opportunity to act nobly in whatever position we find ourselves. President Shagari died at a time the country and its leadership is in dire need of such leadership, experience and wisdom to tackle the multifaceted challenges facing the nation.

“While expressing our sympathies to you, the family of the deceased and the government and people of Sokoto State, we pray the Almighty Allah grant him eternal rest and give comfort to all those he left behind.”