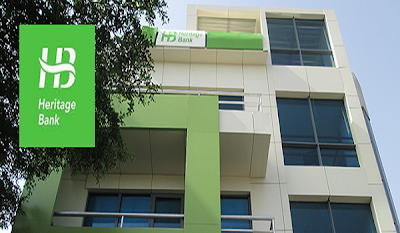 Chairman of the panel, Mr Okoi Obono-Obla, disclosed this while briefing President Muhammadu Buhari on activities of the panel.

The panel has also recovered ₦533 million and land worth N1.5 billion, from the “Previous Management” of NEXIM Bank.

The recovered funds and property had since been returned to the bank.

The panel has also recovered and returned to the National Theatre, ₦24 million which was diverted by some directors of the agency.

Also recovered, were 2 hectares of land in Abuja valued at over N2 billion, belonging to the National Council of Arts and Culture.

The panel went on and recovered and returned a part of Agura Hotel belonging to the Nigerian Ports Authority (NPA). The recovered part of the hotel had been illegally “annexed by some so-called powerful persons with untouchable connections for over 20 years”.

Other recoveries by the SPIP, according to Obono-Obla, are 19 official Sports Utility Vehicles allegedly made away with by former Commissioners of the National Population Commission after their tenures in office.

He said the panel had charged a former Director in the Federal Ministry of Power, Works and Housing to court for failure to declare his assets. The assets include houses in upscale areas of Abuja, a quarry and a farm within the Federal Capital Territory, for which a court has granted an interim forfeiture order.

Others are purchase of several properties worth hundreds of millions in various currencies, and flagrant abuse of office thus causing financial adversity to the nation.

Mr. Obono-Obla said the SPIP was partnering with the United Kingdom’s Home Secretary to ensure that some public officers “perceived to have looted public funds and illegally acquired assets both in Nigeria and the UK”, were prevented from entering that country.

The SPIP chairman equally told the President that the panel was beaming its searchlight on several companies for a wide range of alleged offences. Some of the companies, he said, are

Celtel, for alleged tax evasion since 2005;

Western Oil and Gas, for illegally drilling crude oil in Delta, and seven others for alleged failure to pay royalties to the Federal Government in about 10 years.

He said some multinational oil companies based in Egi Kingdom, Rivers, were also being investigated for allegedly conniving with unscrupulous individuals to dodge their obligations to the community to the tune of ₦38 billion and $30 million

Also under investigation by the panel is another company, which has failed to fulfil its contractual agreement to dredge the Calabar Channel, years after receiving $12 million.

The panel has also compiled a list of over 200 past and serving public officers perceived to have illegally enriched themselves at the expense of the nation and the Nigerian people, among others,” Obono-Obla said in the briefing.

Pres. Buhari, assured the panel of his continued support and non-interference in line with his administration’s stance on the anti-corruption fight.

Obono-Obla said the panel would remain committed to its mandate, in addition to complementing the Federal Government’s fight against corruption.

He solicited the continued support of Nigerians to the panel with useful information that would lead to the recovery of looted public assets.

The News Agency of Nigeria (NAN) recalls that the panel was inaugurated by the then Acting President Yemi Osinbajo in August 2017.