Switzerland has returned over $1b Abacha loot to Nigeria – Envoy 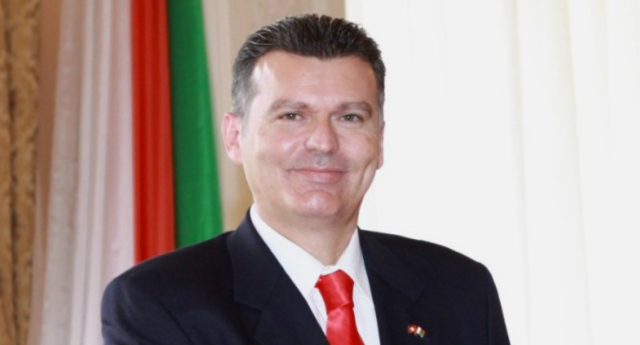 The Swiss Ambassador to Nigeria, Eric Mayoraz has disclosed that Switzerland has repatriated over $1billion Abacha loot to the country.

Mayoraz made this known in Abuja as he spoke at the Forum on Asset Recovery hosted by the Swiss Embassy to discuss issues surrounding the Abacha 2 asset recovery between the two countries.

Many non-governmental organisations and representatives of international agencies were in attendance at the forum.

“All fund hidden in Swiss banks by Abacha was fully repatriated and so we don’t have any of such fund in Switzerland again,” he said.

“$752m was returned in 2005 and we discovered more and more in other banks and that involved the $322.5m that was repatriated earlier this year.”

The ambassador who explained that the ongoing efforts are geared towards getting a positive result in line with the Mutual Legal Persistence Request agreement signed between the two countries declined to reveal details of the funds that would likely be repatriated back to Nigeria.

Decrying what he termed lack of transparency in the Nigerian government’s handling of the funds, Mayoraz said the Swiss government insisted on the involvement of the World Bank in the management of the $322.5m to ensure that money was spent to alleviate the sufferings of the poor.

“Unfortunately, some of the assets that were returned, there was not so much transparency in it. So, we have to introduce the World Bank to get involved in this so that this particular one can be used by the Nigerian government with the monitoring of the World Bank”, he said.

On her part, Special Assistant to the President on Justice Reform, Mrs. Juliet Ibebaku-Nwagwu, said the administration of President Muhammadu Buhari has done a lot to engender the confidence of the Swiss government and other partners that the recovered assets would be deployed judiciously and transparently in line with the agreements reached.

She said the money would be deployed to service the Social Investment Scheme which is also an existing World Bank project.

“Let me just say this, we just want our money back. By this administration’s commitment to open government partnership, we want the people to be involved in the monitoring of the stolen assets that were returned.”