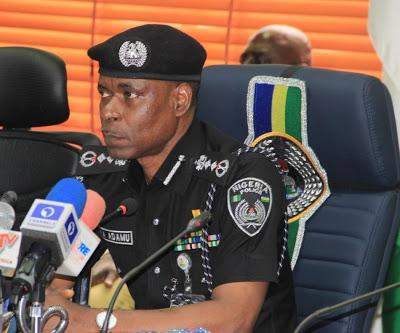 Some victims of the terrorism in Idumuje-Ugboko, Delta State, which took place on May 18, 2017 have cried out for justice.

The mayhem was carried out by Prince Chukwunonso Justin Nwoko, his financiers and suspected gang members.

The victims expressed their grievances and demanded for justice in a four-page petition entitled; “Idumuje Ugboko Terrorism, The Victims Cry Out: We Want Justice Not Justin.”

The petition was co-signed on 8th May, 2020 on behalf of all the 29 victims of the terrorism in Idumuje-Ugboko by nine prominent people in the town.

They stated in the petition, which was made available to journalists over the weekend, that eleven persons among the attackers have since been charged to court with pleadings from the four (4) apprehended so far.

It was added that a bench warrant has also been issued on the eleven so far charged, “especially the seven key tormentors, including Prince Chukwunonso Justin Nwoko, the gang Leader, Prince Dennis Uwadiegwu Nwoko and Prince Frederick Ejimofor Nwoko, who are currently at large.”

While pleading with the authorities to ensure speedy justice, the petitioners said that “some of those involved either by financing or securing the services of bandits outside our community should be prosecuted.”

Those involved, according to the petitioners, include Mr. Godwin Akaba Aniemeke (a.k.a Deputy), who they said on the instructions of Prince Chukwunonso Justin Nwoko engaged the services of bandits from Agulere in Anambra State among the foot-soldiers to terrorise them from 18-25 May, 2017 at Idumuje-Ugboko their hometown.

Read Also Delta State: Rape in the palace of Idumuje-Ugboko!

“People like Dr. Gabriel Ogbechie (MD Rainoil Nigeria Ltd.), one of the financiers of Prince Chukwunonso Justin Nwoko and recently said to have attempted compromising members of Aniocha North Traditional Rulers Council with an offer of 1.5 M Naira using the Local Government Chairman to make them hurriedly sign a recommendation to the Delta State Government for the recognition and issuance of Staff of Office to Prince Chukwunonso Justin Nwoko as Obi of Idumuje-Ugboko. A man, who is facing litany of criminal and civil cases before the court.

“Gabriel Ogbechie particularly has been blackmailing and intimidating us, ministry of justice and human rights commission. He is the key sponsor of the terrorists. He is the one standing for bail or organising surety. He pays the lawyers of the suspects.

They traced the Genesis of the crisis in Idumuje-Ugboko to when Prince Chukwunonso Justin Nwoko, who is a son of the King (Obi) “contrary to customs and norms of Idumuje-Ugboko,” appeared on the scene with a letter dated 12th August, 2015 “purported to have been authored by the King (Obi) feigning ignorance of all the activities leading to the allocation of land for the establishment of a Golf Course and STARS University at Idumuje-Ugboko.”

The petitioners said further that notable indigenes requested to consult with the king to ascertain the authenticity of the letter, but that Prince Chukwunonso Justin Nwoko and his agents used their closeness to the aged King to block everybody, including the Principal Chiefs.

The development, they stated, led to a petition dated 14th September to the Commissioner of Police, Delta State Command by Prince Walters Eziashi, a former President-General of the Community Development Union (2008-2012) to investigate “the two letters purported to have been authored by the King.”

It was added that the police did a diligent investigation and that on the 24th day of February, 2016, Prince Chukwunonso Justin Nwoko, Ejimofor Nwoko, Richard Obiajulu Nwoko and others were indicted.

“The Director of Public Prosecution (DPP) recommended that the culprits be prosecuted and they were accordingly charged before the Chief Magistrate Court 1, Asaba, Charge No. SMC/429C/2016.

“Prince Chukwunonso Nwoko and others in January, 2016 approached the Issele-Uku High Court to challenge the decisions of the community by suing Aniocha North Local Government Council, Prince Ned Nwoko and Linas International, claiming that the process of the land allocation was improper.

“On the 18th of June, 2019, the Court, in a Ruling, awarded a cost against the Claimants (Chukwunonso and others) to the 2nd and 3rd Defendants (Prince Ned Nwoko and Linas International Ltd.) and the 1st Defendant’s name was struck out of the case.

“It is also worthy of note that the 4th Claimant (Prince Edwin Izeonyeunor Nwoko) in the said case withdrew from the case via an affidavit he deposed to at Issele-Uku High Court claiming that he was deceived by Prince Chukwunonso Justin Nwoko,” and “that the king never permitted them to go to court neither do they have a Power of Attorney to file the case on behalf of the Obi nor Umu-omorhisi” they said.

Read Also Gabriel Ogbechie: Unmasking The Masquerade And The Orchestra At The 2017 Terrorism At Ugboko

The petitioners said further that the police arrested and interrogated the accused and that after diligent investigations they were exonerated.

It was stated in the petition that the King of Idumuje-Ugboko, HRM Obi Albert Nwoko 111; JP, MON joined his ancestors on 6th February, 2017 under questionable circumstances, which they said were still under investigation by the police till date.

They stated that without recourse to the tradition and culture of the Idumuje clan as embedded in the 1937 Intellectual Report by R.B Karr, Prince Chukwunonso, Prince Richard, Ejimofor and Barr. Mbanefo buried the king same day (6/2/2017) without the five principal chiefs present.

“Prince Chukwunonso Justin also appointed himself king within an hour of the purported burial, forcing a 90-year-old man from Atuma Village, one Mr. Odinfono, who holds no traditional title to crown him. An abomination in Idumuje-Ugboko and the entire Anioma land. The consequence is that it further polarised the kingdom, no thanks to the criminality of Prince Chukwunonso and his cabal.

“Thereafter, Prince Chukwunonso, the self-appointed king and his gang began their reign of terror. He ostracised over 51 prominent persons in the community including Prof. Prince Somayina Gabriel Nwoko (OON), a retired Professor of Agricultural Economics, University of Ibadan and the Community Palace Secretary, who later died under mysterious circumstances.

“During the weird siege by Prince Chukwunonso Justin Nwoko and his cabal, attempts were made by their thugs to set Hon. Prince Ned Nwoko’s compound and the proposed university site ablaze, but for the intervention of security agencies drafted to the compound and environ,” the petitioners wrote.

They said further that the crime of these individuals was that they tried to “redirect him and his gang from their acts of injustice, banditry and terrorism.”

It was said further that anyone who is supporting the construction of the ongoing STARS University, Idumuje-Ugboko is either ostracized or banished.

“We are under siege and constant assault by Prince Nonso Nwoko and his militia and wonder what he will do to his perceived opponents if ever he is made the king,” they wrote.

The petitioners revealed that from May 18-25, 2017, Prince Chukwunonso Nwoko and his gang, in a terrorist frenzy ‘imported thugs armed with guns and other dangerous weapons into Idumuje-Ugboko Kingdom and unleashed mayhem attacking different homes, individuals and destroying properties.

“This led to the murder in cold blood of a non-indigene motorcyclist, Cyprian Kumiolun, a native of Benue State in front of Idumuje-Ugboko Palace and one Mr. Kennedy Iloh, who was kidnapped and taken to the palace, where he was tortured to death,” they stated.

The petitioners stressed that the assailants had nothing to do with the STARS University land at Idumuje-Ugboko and that they did not own any interest in the university and that neither did their families.

According to the petitioners, majority of those they attacked had nothing to do with the university land either, and that they were identified by the victims because they did not hide their identities.

“They were happy to be seen and appreciated by Nonso. They carried some of the victims to the palace after destroying their homes,” they said.

It was revealed that the matters are in various courts including the case of terrorism against the suspects in CHARGE NO. FHC/ABJ/11/19 instituted by the Federal Government of Nigeria through the Federal Ministry of Justice, Abuja.

It was stated that a bench warrant was issued on 21st March, 2019 by the Federal High Court, Abuja against the suspects for failure to appear in court severally.

The petitioners said that this explains “why the narrative of a serial liar, Azuka Jebose becomes objectionable. His provocative and malicious lies about the ongoing trial of those that terrorised us in 2017 can only incite more violence in the community.

“How can he continue to instigate violence and hatred from his hideout in America? How can anyone in their right senses be asking that the charges against the evil terrorists, who took us as easy and defenceless targets be dropped? We demand the arrest of Azuka Jebose because he is a dangerous accomplice to murder and terrorism.”

“By the United Nations Charter on fundamental Human Rights, which Nigeria is a signatory to, we are entitled to protection under the law.

“We are fighting for our rights of existence and survival challenged by terrorism.

“We say NO to threats and intimidation by reactionary forces of violence. We are vulnerable victims of unprovoked attacks and unprecedented horror. We need the law. We need JUSTICE Now!” the petitioners concluded.