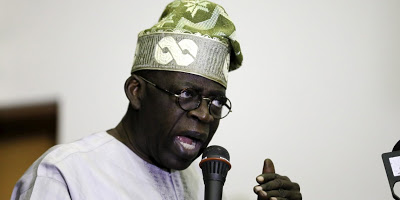 The national leader of the All Progressives Congress (APC), Bola Tinubu, has reacted to the recent crisis between crop farmers and herders in Nigeria.

Tinubu who expressed this in a statement Saturday said the destruction of crops or seizure of property of an innocent farmer or herder is an act of criminality.

There have been protracted crises between herders and farmers which had led to the destruction of farms and eviction of several herders in some states in the Southwest Region of the country.

Tinubu, a former governor of Lagos State, pointed out that the raging crisis between herders and farmers is not ethnic, advising stakeholders not to complicate the situation further as they “should know better” than “tossing about hate-tainted statements”.

He recommended that the federal government should convene a meeting of state governors, senior security officials, herder and farmer representatives, along with traditional rulers and religious leaders to hammer out a set of working principles to resolve the crisis among others