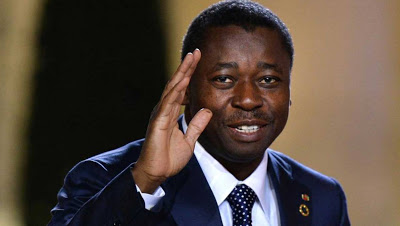 Togo President Faure Gnassingbe declared an electoral victory on Monday as official preliminary results showed him re-elected in a landslide.

Mr Glassingbe’s win, if confirmed, will give him a fourth five-year term and extend a family dynasty that began when his father took power in a 1967 coup. But some Togolese worry that a contested outcome could lead to political violence.

Preliminary figures released by the electoral commission showed Mr Gnassingbe winning with 72 per cent of the vote, with his main opponent, former prime minister Gabriel Messan Agbeyome Kodjo, at 18 per cent.

Longtime opposition leader Jean-Pierre Fabre received just four per cent, however, the final results are expected in the coming days.

Mr Gnassingbe told supporters that “to my unlucky adversaries, I would like to tell them, this is the game of democracy.

“Let’s stop improvising, stop inventing imaginary numbers and submit to the judgment of the Togolese people.’’

Mr Kodjo repeated the claim that his camp’s tallies showed him winning the election.

He had said before the results were announced that he had won around 60 per cent of the vote.

“We are calling on the Togolese people to mobilise to show its disapproval of this election masquerade.’’

Under the law, Mr Kodjo has 72 hours after the results were announced to officially contest the results with the Supreme Court.

It was not clear if he planned to do so.

Togo has seen protests in the past by demonstrators who say the president has illegally outstayed his welcome.

When Mr Gnassingbe came to power in 2005 after his father’s death, mass protests against the family’s rule were met with a violent police crackdown during which at least 500 people were killed.

The streets of the ocean-side capital Lome were calm on Monday. Schools reopened and students were in class.

“They are still arrogant vote thieves. What we saw on Saturday at polling stations is more than enough to give victory to Agbeyome Kodjo.’’

Another five-year term for Mr Gnassingbe would be a blow to Togo’s fractured opposition, which is desperate for change but has been unable to launch a concerted political campaign against the president.

Togo is the 10th poorest country in the world, according to the International Monetary Fund.