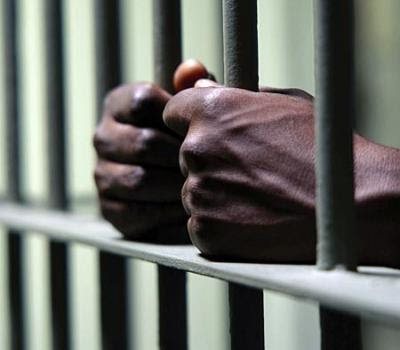 The convicts were jailed five years without option of fine for forging an Income Tax Clearance Certificate with serial number 05027875 and file number ABJ/PIT/07/CAITO/380.

A paltry sum of N120, 000 was collected by the convicts to forge the certificate, signature of one MD Naanmiap, a Tax Controller with FIRS and presented same as genuine to one Vincent Enoghase for 2004, 2005 and 2006 tax period.

Justice Inyang Eden Ekwo in a judgment on the 5-count criminal charge brought against them by the Federal Government found them guilty in all the charges and sentenced to one year in each of the counts without option of fine.

However, due to passionate plea from their lawyers, Justice Ekwo ordered that the sentence should run concurrently.

By the court order, the 1st convict, Mohammed Adam, a dismissed staff of the FIRS will spend one year behind the bar beginning from April 27, 2022.

The 2nd convict, Eunice Okoro Udokamma, a house wife and mother of three children, will spend one year in prison without option of fine but beginning from April 13, 2010 when she was arrested and made to spend over two and half years in detention.

Justice Ekwo held that the offence committed by the convicts which is contrary to section 49 (1) of the FIRS Act No 13 of 2007 was proved beyond reasonable doubt by the Federal Government lawyer, Mr James Binang, a Deputy Director, Legal Service for the FIRS.

The Judge held that the convicts failed woefully to counter the evidence adduced by the six witnesses of the prosecution when given opportunity to offer their defense.

At the time of this report, the 1st convict, Mohammed Adamu had been led to Kuje prison in Abuja while process for release of the 2nd convict was being intensified by his counsel, Auwwal Ibrahim.