The swollen belly of his pride! See Pictures of Gov. Amosun’s New Multi-Billion Naira Mansion. Bliss is in the detail as high society makes ceaseless pilgrimage to the billionaire Politician’s manor 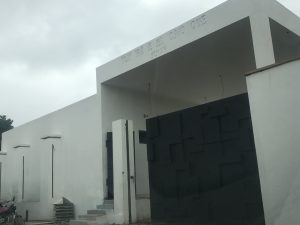 The Capital NG wrote “yes, nobody forgets billionaire governor of Ogun State, Senator Ibikunle Amosun’s new multi billion naira mansion in a hurry. Behind the gates of the impressive manor, luxury saunters in a colourful garb. The interior depicts his dreams of bliss; you could be forgiven for mistaking it for the fabled Atlantis. The panes of quaint decor, embroidered fabric and devices, ornaments the insides like the damasked wings of the pyralid.”

Amid its enchanting premises, you could get lost, especially if you are a first time visitor. Recurrent callers at the mansion have been known to marvel and keel over in humility, in deference to its lavish treats.
Senator Ibikunle  revels in sheer tokenism. He played up this innate part of him days back when he made a song and a dance of deploying N4.5billion out of the N5.7billion the state got from the Paris Club refund for the payment of cooperative deductions to all categories of workers in the state. He said the remainder would be channelled to state expenditures. 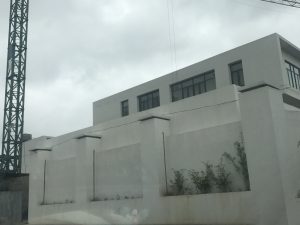 The governor was quoted as saying that whereas the federal government advised state governments to use only 50 percent of the fund for payment of salaries and other such emoluments, he, in his magnanimity, decided to apportion 79 percent instead. Isn’t he just a selfless, caring and prudent governor?

But residents of the state know better. After all, this is the same governor will be moving  into a sprawling, multi billion naira mansion located at First Avenue, Ibara Housing Estate, Abeokuta, the state capital. This is one of the most affluent areas in the state and Amosun’s mansion occupies a pride of place. Built by a leading Italian construction company, Monterosa, which has offices in Lagos, Amosun’s new home – sited on a vast expanse of land on which his old house was and other properties he reportedly arm-twisted the owners to sell – is valued at about N10billion because of the amenities therein.

With a 2-storey bunker, comprising a bullet-proof banquet hall that can sit 350 people and a car park that can accommodate 50 cars easily, workers on the mansion were made to work round the clock as preparations reached fever pitch for Amosun’s daughter and Abike Dabiri’s son’s wedding which held recently. The governor reportedly took his governor-colleagues, close friends and prominent Nigerians on a tour of the house where he also feted them after the wedding. Not a few of the guests were reportedly aghast at the obscene opulence and sheer needlessness of such mansion in a state where poverty still walks on all fours on the streets. The Capital NG