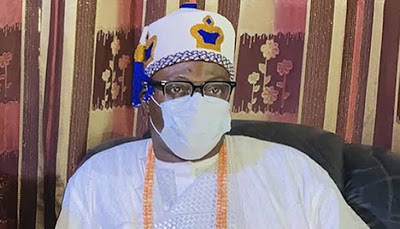 Residents of Victoria Island, Lagos, have embarked on a move for the dethronement of newly crowned Oniru of Iru land, Oba Gbolahan Lawal over allegations of land grab, intimidation and misuse of public resources.

In a petition made available to the media, the monarch was alleged to have used thugs to forcefully invade and hijack developed and undeveloped lands within Oniru estate.

King Lawal is also accused of abducting persons found on construction sites and detaining them illegally at his palace.

Describing Lawal’s installation as “illegal”, the petitioners called on President Muhammadu Buhari to come to their aid.

They also appealed to people to join in signing the petition against the monarch so as to “restore peace to the town”.

“This Oba has been forcefully invading, hijacking and grabbing developed and undeveloped lands within the Estate, with the use of thugs and miscreants (bearing charms, machetes, guns and other dangerous weapons),” the petition read.

“He has constituted himself into a parallel government and has vested himself with the authority to be the investigator, prosecutor, judge and enforcer over our properties by invading and sealing off legally and validly purchased properties without recourse to the protection afforded us by the laws of Lagos State and Nigeria.

“Legitimate owners are now being harassed, intimidated and beaten up. In the spirit of running a parallel government, the so-called Oba is also abducting persons found on construction sites and illegally detaining them at the palace.

“This ugly development has brought about a sense of insecurity in a once safe and peaceful community. We are now worried about the safety of our lives, properties and investments as we now find ourselves in a situation where the new Oba has assumed executive, judiciary and legislative functions.

“Please help residents as they call on the president of Nigeria to dethrone and charge to court the illegitimate Oba. They need your signature and support. The power of unity, peace, and progress through this petition can restore peace to the town. Sign and share if you believe in the power of you.

“Please sign and share the Petition for President Muhammadu Buhari and world leaders to intervene in the illegal installation, criminality and violence of Gbolahan Lawal as king of Oniru Kingdom in Lagos, Nigeria.”

Also, in an open letter addressed to Babajide Sanwo-Olu, governor of Lagos, and signed by “Concerned Residents of Oniru Private Estate”, the residents said before the coronation of Lawal, there had been no issues in the relatively “peaceful and harmonious” estate.

“It is unlawful, uncustomary and illegal for the new Oba to be challenging the acts of his predecessors from which we derive our proprietary rights. His predecessors acted pursuant to the authority of the Family as a whole,” they wrote.

“More so, sealing up of properties within Lagos State is an executive action that can only be done by your office or its agents/personnel pursuant to existing laws and/or a court order.

Lawal, a former commissioner for agriculture in Lagos, was crowned king in June after the demise of Abiodun Idowu Oniru, his predecessor, in 2019.

Before his enthronement, there was controversy over who occupies the seat after the death of the previous monarch.

The fight for the throne was between Adesegun, a son of the late ruler, who was reportedly endorsed by some chiefs, and Hakeem Ajasa, a retired police officer also endorsed by a part of the royal family.