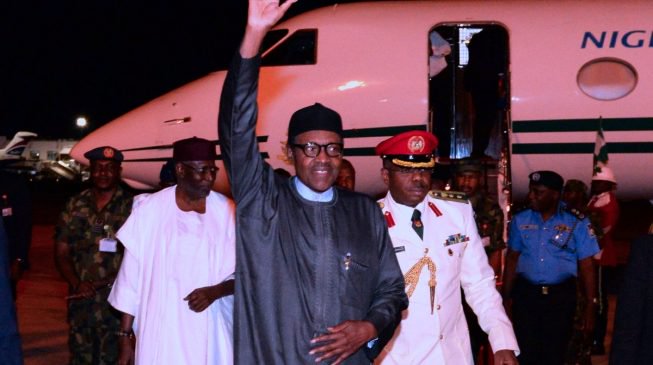 President Muhammadu Buhari has returned from his latest medical trip to the United Kingdom.

The President came into the country a day earlier than scheduled. His spokesman, Garba Shehu, had announced the president would be back on Saturday.

Buhari while addressing reporters after his plane touched down at the Nnamdi Azikiwe International Airport, Abuja, said: “I just went for further medical checkup. I am now okay. Thank you.”

Muhammad Bello, minister of federal capital territory, and a representative of Ibrahim Idris, the inspector-general of police, were at the airport to receive him.

Abba Kyari, the chief of staff to the president, was also among other government officials that received him.

The president left Nigeria on Tuesday after receiving letters of credence from some diplomats.