We Can’t Go Back On “Amotekun” – Lagos Speaker Obasa Declares 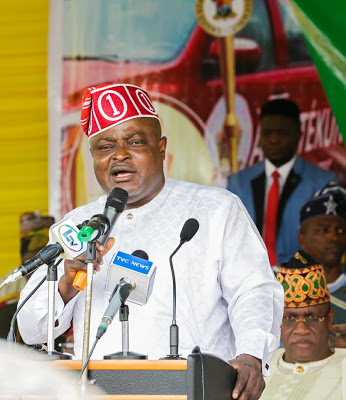 Mudashiru Obasa, speaker of the Lagos House of Assembly has declared that Amotekun, as a security outfit, in the state and the South West Region of Nigeria has come to stay.

Speaking on Monday at a public hearing on a bill to establish Amotekun in Lagos state, Obasa said the outfit had become important for the security of lives and properties of the people.

“I’m sure we all recall the incidents before the establishment of Amotekun, the killings, maiming, kidnapping and their likes.

“In the wisdom of our governors, they decided on Amotekun,” Obasa said.
The speaker noted that the idea had resulted in different reactions from Nigerians, but that the South West cannot relent in the zone’s bid to ensure people are safe.

Obasa said in Lagos, the Neighbourhood Watch was put in place in 2016 and that some states have copied the idea thus making it important for it to be amended to accommodate Amotekun.

The speaker said the bill on Amotekun would be accommodated