Why I’m staying away from partisan politics – Ex-President Jonathan 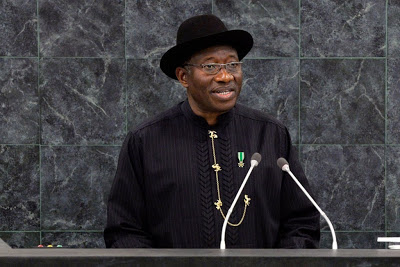 Speaking at the inauguration of the state executive council of the Peoples Democratic Party (PDP) Yenagoa, Bayelsa state, on Sunday, Jonathan said through his foundation he will support the country and his state.

“Don’t be discouraged if you do not see me in most party activities in the state. I decided to appear in this event so that I will not be misunderstood,” he said.

“I’m shifting away from being an effective partisan politician because of my foundation. People who want to partner me feel that if you are a partisan leader in the country, they will eat with you with a long spoon.

“I felt that after serving as President of this country, I should go to some other areas where my services would be required.

“Through that process, I would be able to support the nation and the state in one way or the other.”

Jonathan asked the new PDP state executive council inaugurated by Douye Diri, Bayelsa governor, not to work at “cross purposes” with the governor.

“You have an enormous responsibility before you. You must work with the governor and not at cross purposes,” he said.

“No matter how strong a party is, if the people don’t appreciate you, you would be struggling to have them on your side.

“I know you will work harmoniously with members and carry everyone along.”

Lukman Omikunle - December 5, 2022
With the 2023 General Elections around the corner, Nigerians have been urged to vote for the Presidential Candidate of the All Progressives Congress (APC),...
Politics

Leaving ADC to Join Drowning Ogun APC Would Be A Political...

Lukman Omikunle - December 4, 2022
An Ogun State governorship hopeful on the platform of the African Democratic Congress (ADC), Barrister Biyi Otegbeye, has dismissed any notion that he could...
News

newsheadline247 - December 4, 2022
Agency declares Abuja drug lord, Ibrahim Bendel wanted A 60-year-old grandmother and a pregnant woman were among those arrested during interdiction operations in which 5,527.15...