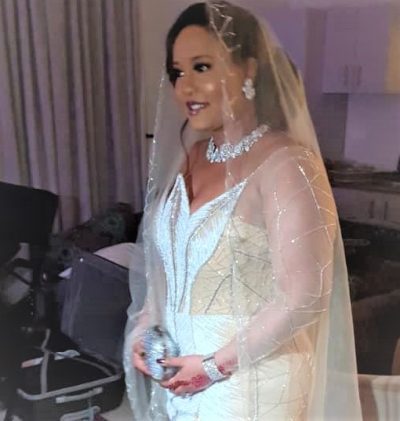 The new wife of Oba Saheed Ademola Elegushi, Olori Hadiza would for now be living apart from the first wife, Sekinat Aramide.

Based on the existing arrangement, Queen Hadiza would be primarily based in Abuja with periodic visits to Lagos state, societynow.ng reports.

Young king Elegushi popularly known as King Gushi is the Elegushi of Ikate Land, one of the riches parts that made up Lagos state.

It was gathered that the reasons behind the strategy of King Gushi’s new wife, Hadiza opting to live apart from the first wife Seki are two folds.

‘’To protect her business and maintain the peace while the anger of the first wife cools off’’ societynow.ng reported.

Olori Sekinat is said to have vehemently protested Oba Elegushi’s marriage to Hadiza, the new Olori when she was informed.

Information made available revealed that Oba Elegushi had stayed well ahead of the consequence of his first wife’s anger -and strong opposition – by informing her of the plan to take a second wife when she could do little or nothing to stop it.

‘’Oba Elegushi actually tried to stage a low profile second marriage to protect his first wife from possible backlash from jealous friends and darts from common enemies, but the plan didn’t work out and the things he wanted to avoid came to pass and this increased Olori Seki’s anger at the union’’ societynow.ng gathered.