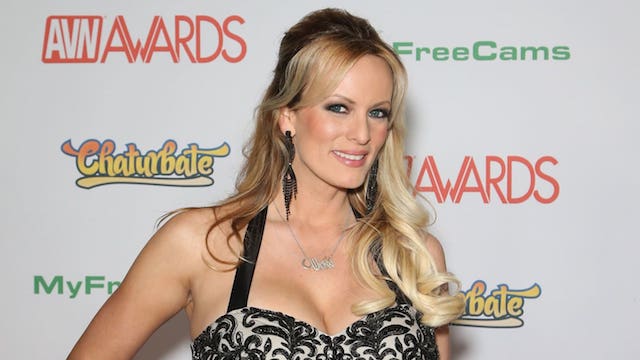 In a letter addressed to Cohen, which was obtained by The New York Times, Daniels’ lawyer Michael Avenatti wrote that she “would wire the money into an account of Mr. Trump’s choosing by Friday” in exchange of nullifying the agreement of silence Daniels took.

Avenatti outlined that if the offer was accepted, Daniels could “(a) speak openly and freely about her prior relationship with the president and the attempts to silence her and (b) use or publish any text messages, photos and/or videos relating to the president that she may have in her possession, all without fear of retribution and legal liability for damages.”

The deal also stipulated that, if accepted, the 60 Minutes interview Daniels taped last week with Anderson Cooper would be allowed to air without blocking efforts from the Trump camp.

With a noon Tuesday deadline, the letter will essentially bait Cohen into a choice between letting Daniels talk freely about her alleged Trump affair; or publicly confirm that a silencing campaign had been in effect.

Avenatti told The Daily Beast that he has yet to hear from Cohen or anyone from the Trump legal team.