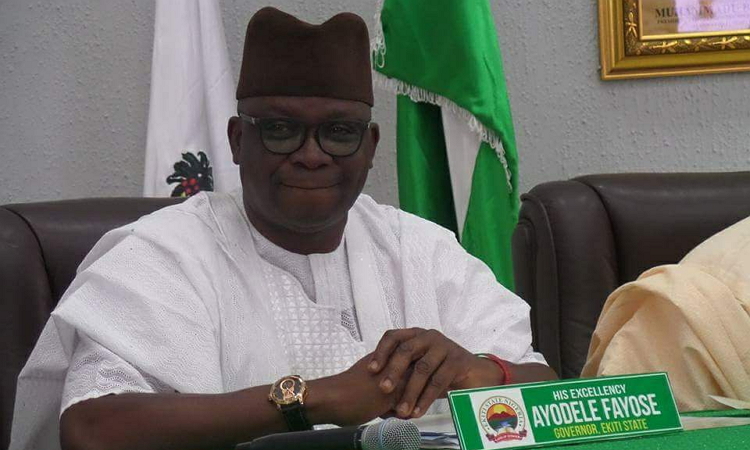 Governor Ayodele Fayose of Ekiti State has said the news being circulated of his plan to defect to the All Progressives Congress (APC) is fake and ‘figment of the imagination of the APC which manufactured the story.’

The Ekiti State Governor speaking through his Chief Press Secretary, Mr Idowu Adelusi, in a release said Fayose will never join the ruling party APC but rather would welcome APC members to PDP

.The release as obtained by The Nigerian Tribune reads:  “The The news going viral that Ekiti State Governor,  Mr Ayodele Fayose is making move to defect to APC, is false.  It is a figment of the imagination of the APC which manufactured the story.

“Joining APC is like leaving Jesus Christ for Satan.  It is like wanting to die by taking Gamalin 20, or planning to commit suicide by jumping down from sky scrapper.

“Fayose will never join the APC, rather,  he would welcome APC members to the PDP.

“When PDP was embroiled in the leadership crisis, Fayose did not leave the party. Is it now when PDP is positioning itself to win back power in 2019.

“Is it APC which merely exist only on pages of newspaper in Ekiti that Fayose will join? Fayose is too big for the APC to accommodate.

“Fayose is preoccupied with plan to transit power from PDP to PDP  Ekiti in 2018.”