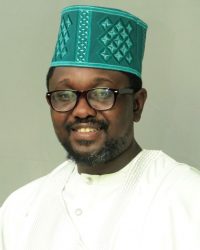 The African Democratic Congress (ADC) in Ifako-Ijaiye/Ojokoro has commenced house-to-house campaigns to promote the programmes of the party in the Constituency.

Mr Kenneth, the Publicity Secretary of the party in Ifako/Ijaiye, made the disclosure in an interview with newsmen in Ojokoro on Friday 25, 2019.

He said that the campaign and sensitisation visits has commenced from wards to wards and even house to house.

The ADC chieftain said the party would use the outdoor campaigns to convince eligible voters on reasons why it’s candidates are the best for Ifako-Ijaiye and also use the opportunity to educate its teeming supporters on voting procedure and how to protect their votes in every polling unit.

They are also informing the public that if voted in, they will remain transparent and accountable to the constituents especially as it concerns constituency projects which have always been shrouded in secrecy with a lack of accountability.

The Director of Media and Communications of TMO2019, Wale Onifade further explained that the only legacy any responsible government would leave behind for future generation was a provision of qualitative and sound education, which the House of Representatives candidate of the ADC in Ifako-Ijaiye, Timi Olorunsaye is fully committed to.

He pointed to the fact that Timi is the Board Chairman of Edubox, an internationally recognised NGO that is very active in the education sector.

Onifade urged the electorates in the state to vote for ADC at all level of government in order to actualize the real change that would set the country on the path of progress.

“We are also mobilising our supporters to shun any form of political violence and thuggery as well as money bag politicians during the forthcoming general elections.

“As the most viable alternative, it is not in our character to engage in any act capable of bringing confusion but to work toward promoting our party’s lofty ideals.

“Anybody seeking elective positions and offering you bribe money to purchase your vote is your enemy and the enemy of your children.

“Simply collect the money and then go ahead to vote your conscience because it is your money that was supposed to have been used in providing democracy dividends but was diverted for private purposes”, he said.

While promising to ensure Ifako-Ijaiye gets vibrant representation that would lead to growth and development, Timi Olorunsaye also called on all eligible party supporters to safeguard their Permanent Voter Cards (PVCs) with the aim of electing credible leaders at the helm of affairs.