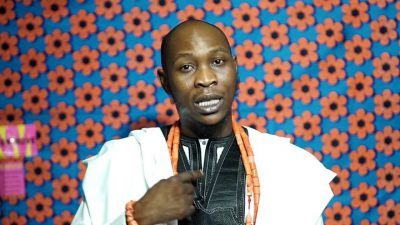 Seun Kuti, son of Afro legend, Fela, has called out Nigerian parents over the lingering strike by the Academic Staff Union of Universities (ASUU) ahead of 2019 general elections.

In a post on his Instagram page, Kuti lamented that a religious issue such as the hijab crisis that happened in Ibadan could cause outrage but the closure of universities for months has not yielded any protest by parents.

According to him, the parents should not be seen at the rallies when some of them have kids who are not in school due to ongoing ASUU strike.

Alongside an inscription that read “Your children aren’t attending school but you are attending political rally. Are you maaaaad? Kuti wrote: “Until we are ready to serve our children and not just raise them, we shall never understand national development.

“How hijab crisis in a secular school can create more outrage than the closure of our universities for months is the proof we need to know that we are willing to serve everything else, but our children.”

The universities in Nigeria have been on strike since November 4, 2018, over the failure of the government to fulfil its promise in the 2009 agreement with the staff union.