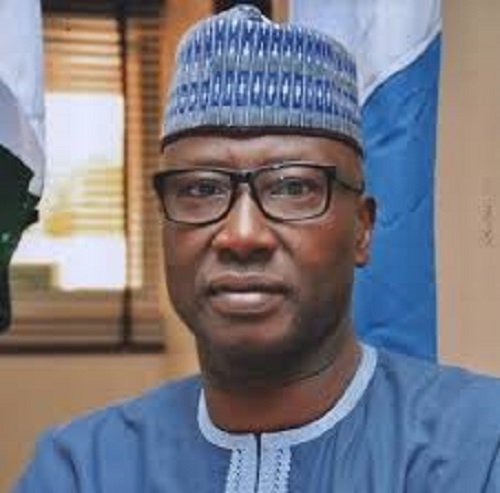 El-Rufai To ‘Villa Cabal’: We fear nobody, I swear, we will fight you

The Secretary to the Government of the Federation (SGF), Boss Mustapha has appealed to warring factions of the ruling All Progressives Congress (APC) to forget about party internal wrangling and work for the success of the party in the 2019 polls.

Mustapha called on all aggrieved members to bury their differences and work for the victory of the party.

The SGF made the call at the end of the two days APC north-east zonal meeting in Bauchi on Sunday.

He said grievance is an enemy of progress that does not allow achievements and development within the party and the nation.

“We have to work towards successful outing in forthcoming general election, so we have to forgive and forget,” he said.

The SGF noted that the reconciliation committee set up by the national body of the APC would be the best solution to solve all the crisis bedevilling the party.

Represented by Garba Abare, the director-general, National Orientation Agency (NOA), he said the setting up of the committee came at a right time when the 2019 general election is approaching.

Mustapha underscored the need for all members of the party to leave their differences and unite under one umbrella for the success of APC in the elections.

newsheadline247 - February 4, 2023
The Governor of Kaduna State, Nasir El-Rufai has accused the Minister of Information and Culture, Lai Mohammed, of knowing the individual elements in the...
National

newsheadline247 - February 4, 2023
The All Progressives Congress presidential candidate, Asiwaju Bola Tinubu, on Friday alleged that the naira scarcity was an artificial creation by some individuals to...
Banking

newsheadline247 - February 3, 2023
The Independent Corrupt Practices and other related offences Commission (ICPC), has arrested an official of Stanbic IBTC Bank in Abuja for alleged sabotage. The ICPC...
Politics

newsheadline247 - February 3, 2023
Nasir El-Rufai, governor of Kaduna State, has dared ‘elements in Aso Rock’ whom he alleged to be opposed to the presidential ambition of Asiwaju...