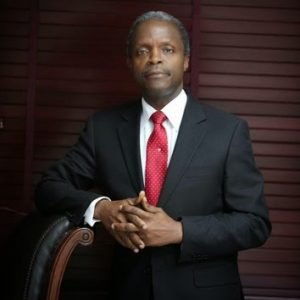 Osinbajo stated this at the Vice-Presidential debate organised by the Broadcast Organisation of Nigeria (BO) and the Nigeria Elections Debate Group (NEDG).

When he was asked to respond to questions on why Nigeria’s aggregate investment had not risen beyond 16 percent in the last 10 years unlike South Africa and China, Osinbajo said, “I think the common denominator between the two countries you mentioned is the strong infrastructure. Our nation in the past 16 years has suffered a major infrastructure deficit.

“So, you need strong infrastructure. No one can argue about it. The second thing is you cannot have a strong economy if you allow the type of grand corruption that has taken place in Nigeria in the last 16 years.”