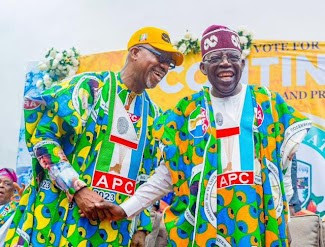 The presidential candidate of the All Progressives Congress, Senator Bola Ahmed Tinubu, has disclosed that if elected into office in February, his administration would put an end to the issue of strikes in the university system of the country.

Tinubu who made this known during the presidential campaign of the All Progressives Congress held at the MKO Abiola International Stadium in Abeokuta, noted that his administration would also introduce a student loan programme that would ensure that no Nigerian student is unable to complete his or education because of school fees.

“There will be a student loan, nobody will drop out of university because of school fees, I guarantee you that.

While also adding that the forthcoming general election is a revolution that would reshape the country, he noted that his administration would do all it can to ensure that the price of Premium Motor Spirit also known as petrol is bearable for all Nigerians.

“We are going to use our PVC to claim our mandate, even if they say that there is no fuel, we will walk to vote, let your mind be at rest, we will vote and I will win

“This election is a revolution, they are saying that petrol will be expensive, they say it will become two hundred Naira per litre, let your mind be at rest, we will bring the price down,” he said.

Earlier in his remarks, the governor of Ogun State, Dapo Abiodun, while assuring the presidential candidate of the party that the votes from the state would be a100%, added that Tinubu is the best deal for the country at this period.

Abiodun who also called on the people of the state to go all out and claim their permanent voter’s cards, noted that the candidates of the All Progressives Congress are the best of other candidates available in the country.