newsheadline247
Home Opinion ‘EMILOKAN’: THE POWER IN THE TONGUE by Santos Akinloye
Advertisement 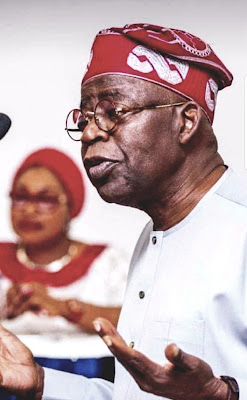 It was Kenneth Copeland that asked the question: What are the desires of your heart? He further expatiated that ‘your heart desires equal everything you dream about, visualize or imagine. And that they are not just far-off, impractical wishes or impossible hopes, but they are deeply spiritual in nature’.

The spirituality of ‘Emilokan’ is consciously infused in the power of the tongue. Why? Because, the first step to receive the desires of your heart is to catch a vision.

And, like Copeland said, ‘if you can see it, you can have it’. It means if you can catch a vision in your spirit (the inward man) and believe you will receive what you desire – it will be yours.

When the biblical Moses sent twelve spies on an espionage mission to the promised land, they all saw the same things, but ten of the twelve spies came back with the report that dwellers of the land are too strong and huge for them to compete with. To them, it was mission impossible.

But, two of the spies caught a vision of what God could do to deliver their heart desires. To them, the mission is possible and already secured. They pronounced good tidings about the land on themselves and the people. And, it came to pass.

Since 1992 when Asiwaju Bola Tinubu ventured into politics, he has consistently nurse his constituency, build bridges across the political landscape of Nigeria and beyond, all in its  mission to activate his vision.

He refuses to lose sight of the ball, and steadily puncture all sneaky temptation that creeps in, to poison or talk him out of what he firmly desired.

He persevered in his journey to achieving his long-time ambition, and anchored his mission on the fact that ‘ through faith and patience (you will) inherit the promises’. He knew that persevering in faith is what brings you to the finish line – where his heart’s desires are waiting for him.

And, when the journey into reaching his target goal became cloudy, uncertain and ferociously clogged by the army of rebellious disciples, he cried aloud and speak life back into his ambition: Emilokan…bring this coveted prize; it is my turn- to shine!

However, since he consciously pronounced life into the existence of his ambition, all hell has been left loose.

‘How can he say Emilokan? It is very wrong. Anyone that says it’s his turn to rule is not fit to be president.’ And sadly, most of these statements had emanated from people you perceived to be teachers of the Word.

But, ostensibly, they are nothing but garb-fly entrepreneurs that masquerade as Bishops, General Overseers, Pastors and leaders who are clothed in deceit, hatred, jealousness, and lack of knowledge or they are spiritually bankrupt or naïve.

Out of hatred or pure ignorance, they failed woefully to grab the import of the scripture that says: So that my word be that goes out of my mouth; It shall not return to me empty, but it shall accomplish that which I purpose, and shall succeed in the thing for which I sent it’.

Few hours after the word – Emilokan, a weapon which makes the atom bomb look like a toy was dropped by Tinubu at the small gathering of APC stakeholders in Abeokuta, the APC governors from the northern states of the country came out in one voice and declared unequivocally that power must shift to the south.

And, this was after the disgraced former SGF, Babachir Lawal, a politico who never get tired of putting makeup on two faces every morning had thundered that Asiwaju’s statement of Emilokan has pitched him against the President and the northern establishment. What a farce!

The tongue has great power – to heal or to destroy, to bless or to curse. It can bring pain, pleasure of victory… It’s all in how it is used. We must know that our speech affects every part of our being. And, it is strong enough to literally control our life.

Words (from our tongue) are containers of power that creates action. They build up or they tear down. Words have the power to bring life or death physically, emotionally and spiritually. It is not magical, but a matter of cause and effect.

So, if someone proclaims life into his existence and desires, why the fuss? The power in your tongue is ruled by your choice.

The case of a former leader who stated that Emilokan is a wrong attitude and a leadership mentality that the country doesn’t need now, is even more pathetic.

A supposedly theologian, who should have a full grasp of the Word, is much more satisfied to butcher the drupe of statesmanship on the altar of been the greatest politician out of his stock.

Remember? This is the same leader who manipulated the impeachment of a governor of his extraction, on the pretext that he had the audacity to confront him that the late Chief Obafemi Awolowo was the greatest Yoruba leader that has ever lived. And, that he was not qualified to ask for a third term.

Few weeks after the confrontation, the governor was impeached by the garrison command of the Anlugbua devotee in a bizarre manner.

Though, all the governors from his nationality and of the same party, prostrated on all fore, to beg the volatile leader on behalf of the Ibadan born governor, who was one of the financiers of NADECO, a group that fought for the democracy that the leader had enjoyed as the chief beneficiary. In the presence of the three other governors, the highly complex leader swore by all the gods that he will reduce the shipping magnate turned politician to nobody.

This same leader was described as the most selfish, greedy, self-centered and desperately wicked by his first wife, in her book titled Bitter- Sweet. In the book, it was revealed that he never wish or pray for even his children to attain his height not to talk of others.

The former Lagos governor is however showing wisdom that is pure, peaceable, considerate, impartial and without hypocrisy to elegantly march on the Kings highway.

Having the full knowledge of steps to take and receive the desires of his heart. Asiwaju is building on the vision he caught as far back as 1990s. The shrewd and consumate politician who is reputed among his contemporaries  to be one of the very few politicians who faithfully threw off un- forgiveness has indeed mastered the skills to garnering political success.

He has equally developed a heart of gratitude, created a thought-word connection, persevered in faith and waited patiently for his time.

With his emergence as the standard bearer of the ruling party, it is crystal clear that the power in our mouth is ruled by our choice. In essence, Emilokan is a divined proclamation that is bound to run a full course.