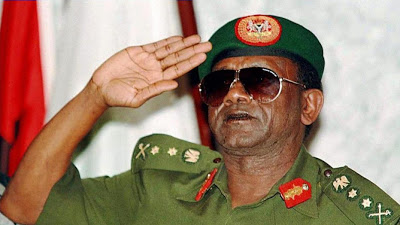 The Supreme Court has dismissed application requesting to unfreeze multiple accounts linked to the late military dictator, Sani Abacha, in banks across some European countries.

The Federal Government of Nigeria had in 1999 blocked several accounts belonging to the late military ruler who is said to have cash believed to be stolen fund stacked in banks in the United Kingdom, Switzerland, Jersey, Liechtenstein and Luxembourg.

According the judgment prepared by Chima Nweze, a supreme court justice, the court held that the appeal which was filed in 2010 was “statute barred” (filed out of time).

In December 1999, Olusegun Obasanjo, former president, authorised Kanu Agabi, the attorney-general of the federation (AGF), to ask the Swiss authorities to freeze all bank accounts operated by Abacha, his children, agents and any individual or company linked to him between 1993 and 1998.

The Obasanjo administration also asked the Swiss authorities to prosecute all holders of the accounts so as to recover funds stolen from Nigeria.

The government engaged the services of Enrico Monfrini of Hauchomann & Bottage in Geneva, Switzerland, a financial investigator, to assist in recovering the monies looted by Abacha.

Owing to the request, several bank accounts linked to the former head of state in Switzerland, United Kingdom, Jersey, Liechtenstein and Luxembourg were frozen.

But the Abacha family filed a suit on January 28, 2004, marked: FHC/KN/CS/6/2004, at a federal high court in Kano, challenging the action of the federal government.

The federal high court dismissed the suit in 2006 on the grounds that it was statute barred.

Not satisfied, the Abachas appealed against the judgment at the court of appeal which also upheld the decision of the trial court and dismissed the appeal in 2009.

Reuben Atabo, counsel to the Abacha family, in his argument at the apex court faulted the decisions of the trial court and the court of appeal. He argued that at the time the federal government asked foreign agents to freeze the accounts traced to the Abachas, the laws relied upon had become null and void.

“In other words, between September 1999 and October 2003 when the various acts leading to the freezing of the appellant’s accounts were carried out by the respondents, the banking (freezing of accounts) Act of 1st December 1983  upon which the said acts were carried out or founded, was non-existent, same having been repealed on 29ths May, 1999,” Atabo said.

The apex court in its verdict read by Amina Augie  affirmed the judgments of the two lower courts.

“In all forms, with the eloquent submission of the respondents’ counsel, and submissions anchored on the admitted evidence, I have no hesitation in affirming the concurrent decisions of the lower courts,” it said.

“Accordingly, I hereby enter an order dismissing this appeal. I further affirm the concurrent findings and decisions of the lower courts. Appeal dismissed.”