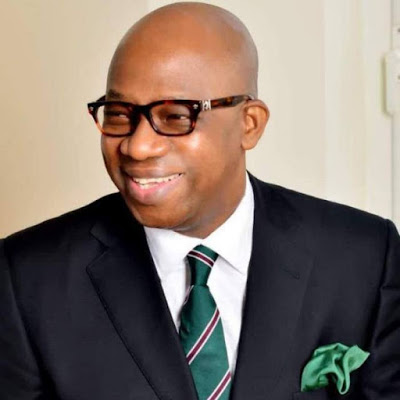 In a statement made available to newsheadline247 in Abeokuta, the Governor described the verdict as not only a victory for the people, but for democracy, the judiciary and an attestation to the awesomeness of God.

The Governor said the outcome justifies popular belief that there was no reason for the election matter to have gone to the Supreme Court in the first instance.

Governor Abiodun, in the statement signed by Mr Kunle Somorin, his Chief Press Secretary, congratulates the good people of Ogun State, the All Progressives Congress (APC) and indeed all other parties that have shown support and solidarity for his administration, despite fielding candidates in the same election.

Following the earlier judgement of the 2019 Governorship Election Petition Tribunal and the Court of Appeal verdict which dismissed in entirety the claims of Mr. Adekunle Akinlade and the Allied People Movement (APM) petition, the Apex Court, the statement notes was apt in dismissing the appeal for lacking merit.

Prince Abiodun wishes to thank the team of erudite lawyers for their diligence and masterfully display of knowledge of the law that ensured that he won in all the matters against him and his party. He appreciates the party chieftains at the National, State, Local Government and Ward levels whose support never wavered throughout the period.

He assured the people of the State that their exemplary goodwill and demonstration of love during the period of litigation is reciprocated with more projects that will give meaning to his avowed stand on delivering the dividends of democracy to them without discrimination.

Governor Abiodun hails the Judiciary for the lucid pronouncements on the matter, which he believes have deepened our jurisprudence and further enthroned democracy ethos and affirmed the supremacy of the people’s choice as a cardinal principle in democracy.

The statement added that Prince Abiodun has justified the confidence reposed in him by executing projects and programmes that validate his Building Our Future Together Agenda and that has ushered in a new era of progressive and inclusive growth for the State.

With the ruling of the Supreme Court, which has finally laid to rest all concerns about the Governor and the propriety of his election, we once again extend our hands of fellowship to the APM and indeed all other parties to join hands with Prince Abiodun to move Ogun State to the next level of development.

Democracy is about people and the voice of the people is definitely the voice of God. Now that the court issues have been conclusively dealt with, the Dapo Abiodun-led APC government will continue to focus on activities that will lift majority of our people out of poverty, develop public infrastructure and our human capita needs, as well as and make life more meaningful for citizens, visitors and residents of the State.

For us, the total victory at the courts is not only a victory for the people but and attestation to the awesomeness of God who has made it all possible.

This verdict will further challenge Governor Abiodun to consolidate gains made so far in the state and inspire him to do more for the people whose mandate he holds dear and will not take for granted.