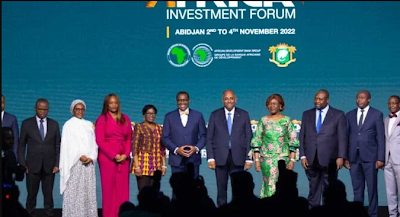 The African Development Bank says it raised $31 billion in investment commitments for projects during the Africa Investment Forum.

Akinwumi Adesina, president, AfDB, disclosed this at the end of the three-day meeting on Friday.

He said it brings the total investment for the year to about $64 billion.

The AfDB president said the projects would include agricultural processing zones.

Adesina commended the forum’s outcomes and the partners’ commitment.

“Despite the challenges, we are not afraid, and neither have we despaired nor lost hope. We are excited and committed to a collective goal of accelerating the closure of deals to transform Africa and its investment landscape,” he said.

Adesina said the investment forum’s focus is to attract more foreign direct investment to Africa and to ensure the private sector remains the driving force of that transformation.

Projects announced earlier in the year were from agriculture and agro-processing, education, energy and climate, healthcare, minerals and mining, and information and communications technology.

In March, AfDB secured $32.8 billion in investment commitments for projects in Africa, of which $15.6 billion was for the Lagos-Abidjan highway corridor.