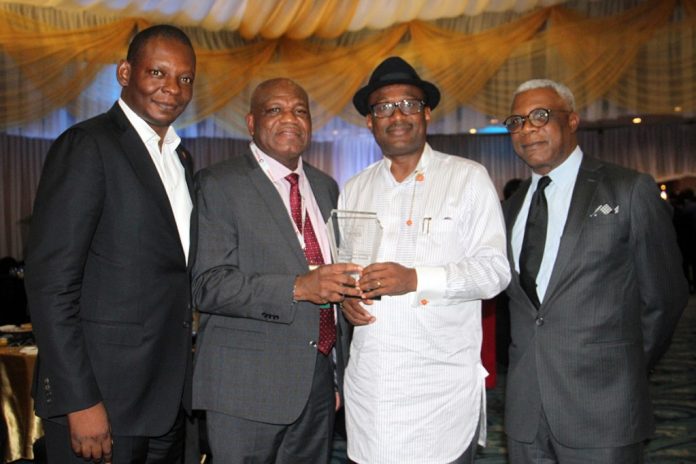 Aiteo Group has been handed the Indigenous Oil and Gas Company of the Year at the 2018 edition of the Nigerian Oil and Gas(NOG) Awards held at the International Conference Centre (ICC), Abuja.

The gala rounds off the Nigeria Oil and Gas Conference and Exhibitions which was held between July 2 and July 5, 2018.

The award organised by London-based CWC Group and now in its 18th edition has been adjudged the NOG is Nigeria’s most prestigious annual oil and gas industry event which draws key players across the Nigerian Energy sector.

It is a viable platform for networking, sharing ideas, and exploring new opportunities and innovations in the industry. This year, hundreds of industry professionals were gathered from both the public and private sectors.

Responding to the award, Aiteo’s CEO and Executive Vice Chairman, Benedict Peters, attributes the company’s emergence as the indigenous oil and gas company of the year to the depth of its human resources, and sustainable investments in the industry, and the Nigerian economy.

“We remain committed to our vision of shaping the future of sustainable energy in Nigeria and beyond, strategically deploying resources and technologies that lead to sustained economic development and value for all stakeholders. This honour from the NOG is fulfilling, particularly coming from our peers and a reputable industry platform. We dedicate this award to the highly committed, talented and industrious people working at Aiteo and making things possible on a daily basis.” Peters added.

In the CSR arena, Aiteo gives back to the local communities in which it operates through grants and donations, seed capital and philanthropy. It has also supported several social investment projects, including a special focus on supporting the study of Engineering in host communities and sports.

In sports, Aiteo has become the foremost financier of football in the country after a string of contributions to the Nigerian Football Federation (NFF) and the Super Eagles. To support local football, Aiteo took over the sponsorship of the Federation Cup, Nigeria’s oldest football tournament, now renamed Aiteo Cup. On the continental stage, Aiteo partnered with the Confederation of African Football(CAF) to sponsor the African Football Awards in January this year.