May clings to power amid Brexit resignation turmoil 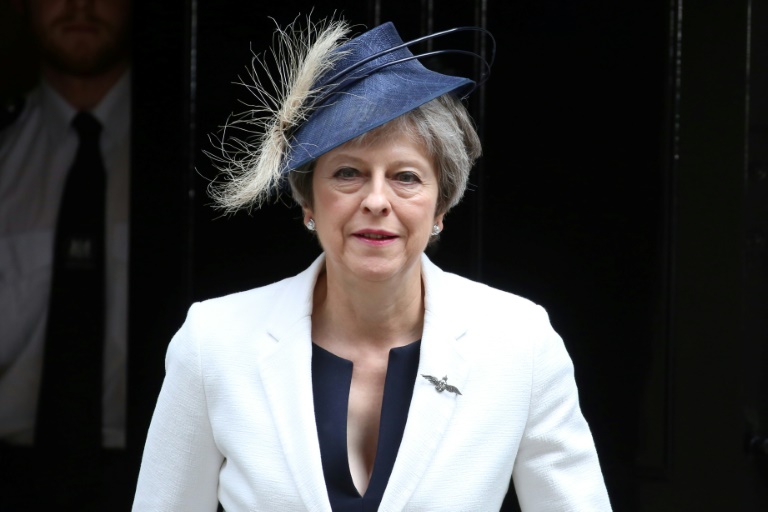 British Prime Minister Theresa May chaired a meeting of her new-look cabinet on Tuesday as she clings to power following the resignation of her foreign and Brexit ministers in protest at her strategy for leaving the European Union.

May has faced a backlash over the plan from Brexit hardliners in her Conservative Party who say it gives too many concessions to the EU, but she has support from moderates and there has been no formal challenge to her leadership.

Former foreign minister Boris Johnson, who wrote in his resignation letter that the Brexit “dream is dying” and that Britain was headed for the “status of colony” under May’s leadership, is seen as a potential challenger.

Rumours have swirled over possible further resignations but experts said May appeared to have weathered the crisis for now.

“I don’t see them pulling the plug on her,” Polly Mackenzie, director of cross-party think-tank Demos, told AFP.

“Everybody who wants to be the prime minister wants Theresa May to guide that process through until March so that (they) could take over and say ‘what’s passed is passed’. So I think she’ll stay.”

US President Donald Trump, asked about the unfolding drama ahead of his visit to Britain later this week, said it appeared “in somewhat turmoil”.

“Boris Johnson is a friend of mine,” he added. “He’s been very, very nice to me, very supportive. Maybe I’ll speak to him when I get over there.”

The Kremlin said it hoped for an improvement in ties following the departure of Johnson, who had angered Moscow with his vociferous accusations over the poisoning with a nerve agent of a Russian spy on English soil in March.

“Unfortunately his contribution to the development of bilateral ties with Russia was rather modest, to put it mildly,” President Vladimir Putin’s spokesman Dmitry Peskov told reporters.

The gaffe-prone Johnson was quickly replaced by 51-year-old former health minister Jeremy Hunt, who unlike Johnson supported staying in the European Union in the 2016 referendum.

Hunt said it was a moment to show that Britain remained a “strong, confident voice in the world”.

He said he would “stand four square behind the prime minister so that we can get through an agreement with the European Union based on what was agreed by the cabinet last week”.

The plan agreed at May’s country retreat at Chequers near London would involve Britain pursuing a “UK-EU free trade area” for goods that would involve regulatory alignment with the EU.

Both sides hope to strike a deal on Brexit withdrawal terms and agree a plan for future trade ties in time for an EU summit in October, ahead of Britain’s departure from the bloc on March 29, 2019.

Europe’s chief negotiator Michel Barnier said Tuesday negotiations will resume next Monday as scheduled with the new Brexit minister, while refusing to comment on the political infighting consuming London.

“I had with David Davis a frank and cordial relationship, and now I will work next Monday with this negotiator appointed by Mrs May,” he told AFP.

May is set to meet German Chancellor Angela Merkel later Tuesday at a Western Balkans summit in London, where the pair are expected to discuss recent developments.

Pressure had been growing for months on the prime minister to reach a compromise on Brexit within her publicly divided cabinet in order to restart stalled talks with the EU.

“With just weeks left to conclude negotiations on leaving the EU, this is a critical moment for the country,” the Financial Times wrote in an editorial.

“This confrontation between Brexiters and reality was long overdue,” it said, adding May “should have faced down the hardliners before negotiations formally began”

May’s Conservative opponents could trigger a leadership contest if at least 48 MPs support it, but to actually formally force her from office 159 MPs would have to vote against her — a figure hardliners may not be able to reach.

May has said she will fight off any attempt to unseat her.

The Guardian newspaper quoted an unnamed Conservative MP as saying the resignations would continue in protest against her so-called Chequers plan.

“They’ll keep going, one by one, until she either junks Chequers or goes,” the MP was quoted as saying.

But former Conservative leader William Hague, writing in the Daily Telegraph, said May’s critics had failed to produce “any credible alternative proposal” and warned that further resignations could put Brexit itself “at risk”.