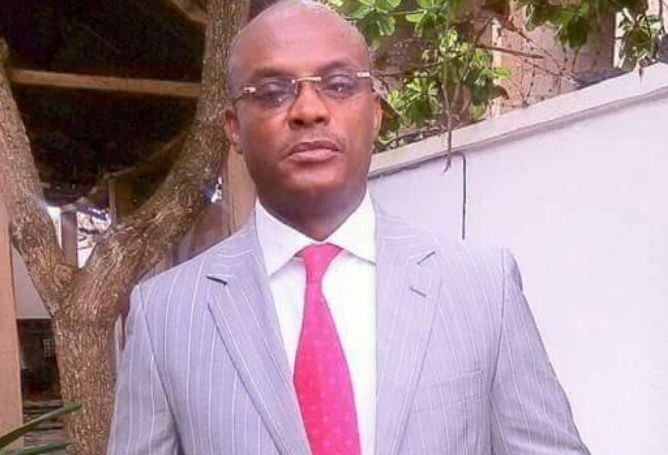 The 52-year-old Akwa Ibom governorship aspirant was killed in his hotel, Heritage Hotels and Resorts, Mowe, in the Obafemi Owode Local Government Area of Ogun State.

The police in Ogun State have reportedly started investigation into the assassination.

The Oron, Akwa Ibom State indigene, was reportedly hosting a birthday party in the hotel when a four-man gang barged in.

One of the brothers of murdered marketing communications top shot, Victor Iyanam on Thursday revealed how he was killed in a Facebook post.

It is with a heavy heart that I announce the tragic death of my brother, Okon, in the early hours of Wednesday 27th June 2018. Okonpapa had just recently opened his new Heritage Hotels and Resorts in Mowe, Ogun State where he spent most of his time trying to stabilize the management and sales techniques.

He reported a successful ongoing venture. While a birthday party was going on in the hotel, some men, suspected to be either armed robbers or hired assassins crashed into the place at about 12.30am with sporadic gunshots.

They asked for the owner. When he was eventually identified, he was shot at close range in the neck region. He stood no chance. He died instantly.

The Police first Responders then deposited his body in a Morgue. I rushed to Lagos upon the information delivered to me and confirmed for myself, the level of wickedness anybody could deliver to a man whose only crime was working hard for his livelihood.

Okonpapa graduated from the University of Calabar in 1986. He started his career with UAC Foods immediately after his NYSC in 1987.

Thereafter, he worked across almost all sectors of the economy. He worked with Akwa Ibom State Government owned Peacock Paints, serving as the Marketing Manager in Lagos; 33 Export Lager Beer, serving as the Area Manager, Makurdi; Glo GSM Network as pioneer Marketing Manager but later elevated to the position of Chief Operating Officer and eventually left Glo as Executive Director, Sales and Marketing.

He, at some point also served as the Chief Marketing Officer, V-Mobile. Okon retired to consulting and later, farming in Mowe and Katsina. The Heritage Hotel was his latest and now last venture.

He was a consummate Marketer and Social Commentator. He loved the Internet and used it effectively as a vehicle for the propagation of his ideas on wide strata of subjects. He was aged 52.
We shall all miss him. – Chief Victor Iyanam

He said, “We cannot say categorically whether it is assassination or robbery, but based on the information at our disposal it looks like an assassination.

“We have a clue which we are working on and very soon we will get the assailants arrested.

“This type of crime cannot happen in Ogun State without us unravelling those behind it and this case will not be an exception. Already, we have some suspects we are interrogating and we have some clues we are working on. Very soon, we will get those people.”