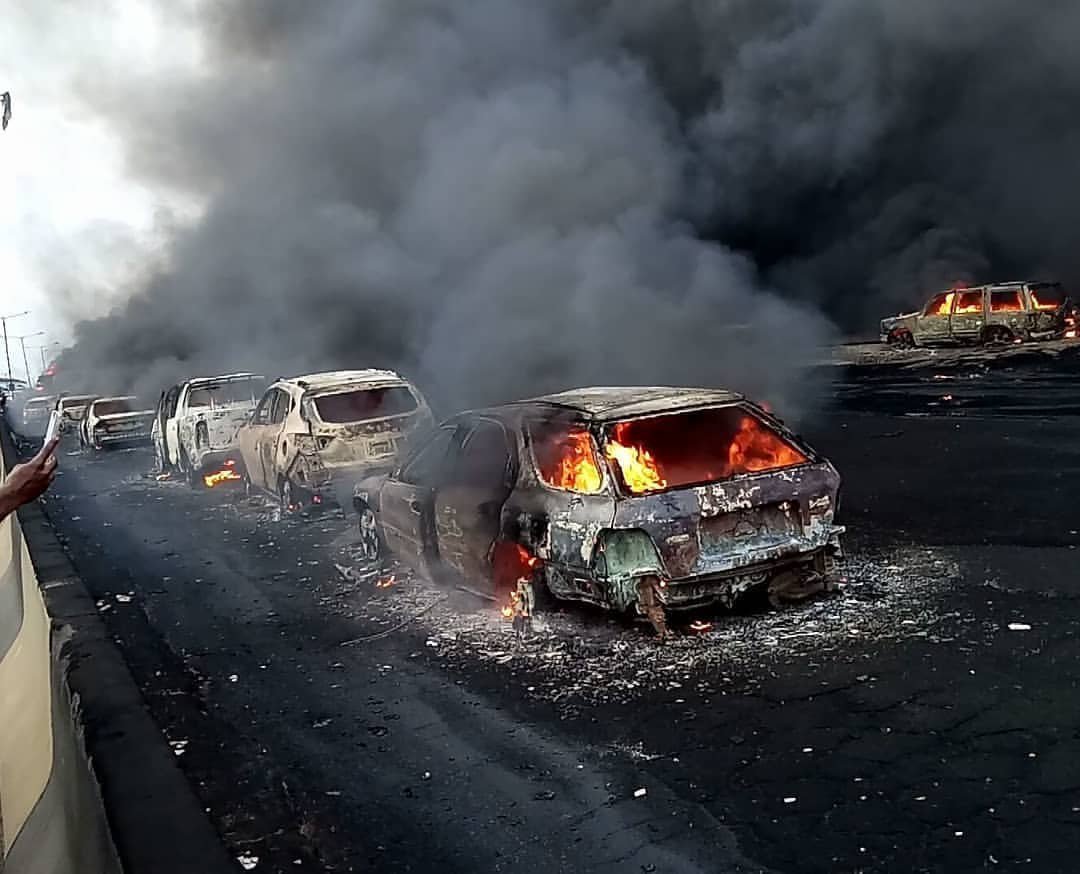 Scores of people were on Thursday afternoon reportedly feared dead in a Lagos petroleum tanker explosion.

Reports stated a tanker loaded with petrol product burst into flames on a Lagos bridge.

The popular Otedola bridge is on the outskirt of the Lagos metropolis is said to be always in late afternoons. 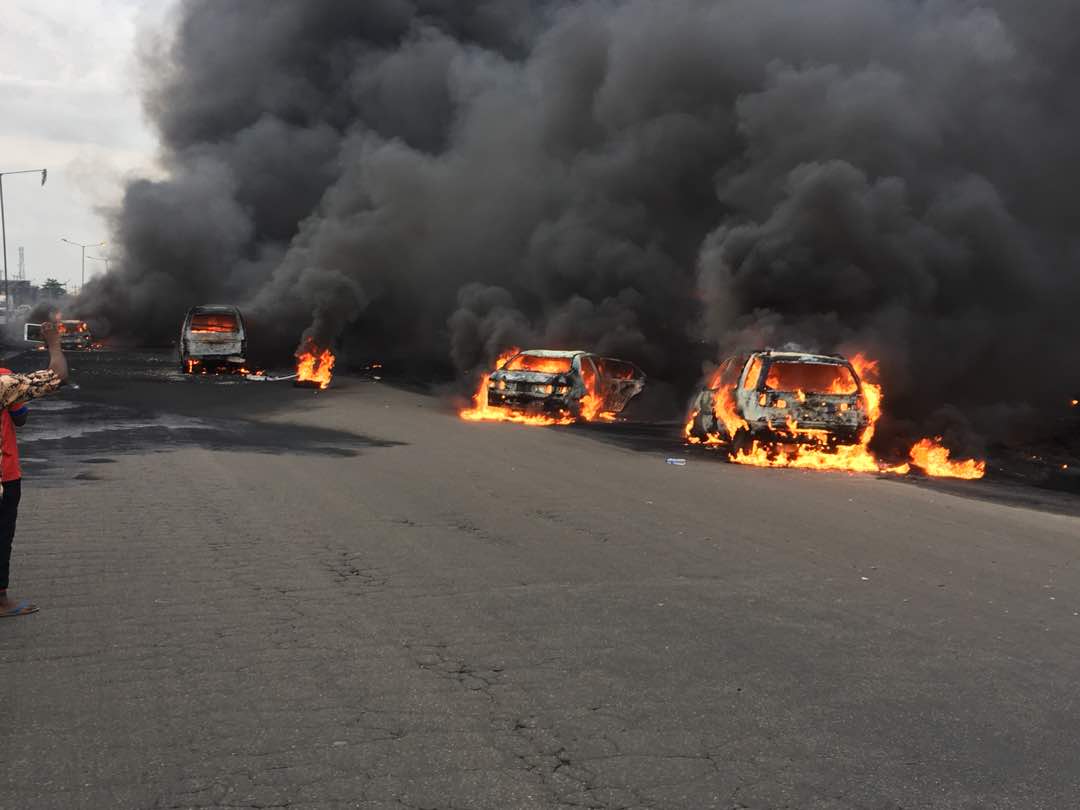 The Lagos state emergency Management Authority and Lagos fire service are reportedly at the scene. A police source said 10 bodies have been recovered.

Spokesman of the Federal Road Safety Corp (FRSC), Bisi Kazeem, said: “A crash involving a fallen loaded tanker crash has occurred around Otedola bridge on the outward Lagos section of the expressway. Many vehicles caught fire in the process.