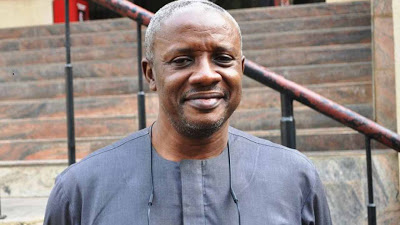 An FCT High Court Maitama on Monday fixed May 14 for continuation in the trial of a Deputy Director of the National Emergency Management Agency, (NEMA) John Umesi, charged with N54.3 million fraud.

Umesi was on Oct. 3, 2019, re-arraigned before Justice Jude Okeke, sitting in Maitama, Abuja, by the Economic and Financial Crimes Commission (EFCC) on an amended 10-count charge bordering on misappropriation of N54.3 million belonging to the agency.

Justice Okeke fixed the date, after the EFCC Counsel, Mr Joshua Seidi, prayed for an adjournment.

In granting the application for adjournment, Okeke, said:” it is on record that this is the second adjournment the prosecution will be asking for.

‘” However, the matter is adjourned until May 14, 2020, for the continuation of the prosecution case,” he said

Earlier, Seidi informed the court that two of the prosecution’s witnesses were in court.

Seidi however, was unable to separate the documents sought to be tendered and prayed the court for an adjournment to enable him to sort out the documents.

The defendant’s counsel, Jeph Njikonye, SAN, however, opposed the application for adjournment.

Njikonye questioned the essence of the application since the prosecution’s two witnesses were with their statements.

“If granted, may the court put it down that this was the second adjournment they (prosecution )are asking for since the commencement of trial ” he said

Testifying, the first prosecution witness, Mr Sunday Micah, who said he was posted to NEMA from the Office of the Accountant General of the Federation as director finance and accounting, said the defendant made a request for N16.1 million on Oct. 7, 2013, for ”running expenses”.

Micah alleged that payment voucher for the retirement of the advance was raised in different beneficiaries’ names including some hotels.

NAN reports that Umesi, was alleged to have on or about Dec. 30, 2014, while acting as Director, Special Duties, used his position to confer an unfair advantage to himself.

The EFCC also alleged that he received the sum of N12.8 million belonging to NEMA for its operation into his personal account with Keystone Bank and fixed same in the account.

EFCC said that the defendant earned N309 million interest for his own benefit and thereby committed an offence under Section 19 of Corrupt Practices and Other Related Offences Act, 2000.

The NEMA top official was alleged to have in February, 2013 while serving as a deputy director in charge of South-South zone while being entrusted with the sum of N7. 5 million belonging to NEMA dishonestly converted same to his own use, among others.

Umesi, however, pleaded not guilty to the charge preferred against him and was directed by the court to continue to enjoy the N50 million bail he was earlier admitted to when he was first arraigned on Feb. 13.