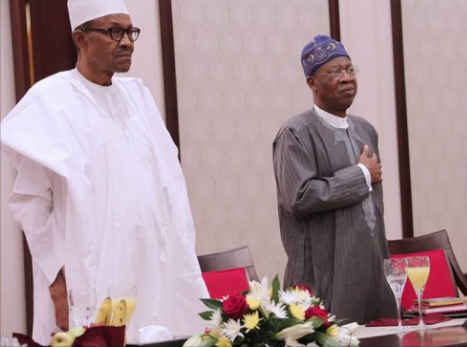 The minister of information and culture, Lai Mohammed has said the ruling All Progressives Congress (APC) has performed and may likely spend less to win the 2019 elections.

He said the next elections will probably be the least expensive elections for the party.

The minister told TheCable NG that his party has performed and would go on to win the elections without having to spend so much.

While speaking on how the APC intends to fund the 2019 national elections, and control how much other parties in the country spend on elections, the minister said it is the duty of the Independent National Electoral Commission (INEC) to monitor campaign spending.

He said; “INEC is the statutory body saddled with the responsibility of monitoring campaign expenditure, but one thing I can assure you is that for us, 2019 election will probably be the least expensive for us, because we have performed, we have delivered,” he said.

“Just talking to you now, we feed 8.2 million pupils everyday, one free meal a day, they have parents. I just told you what we’ve done in infrastructure.

“I was about to tell you what we have achieved in tackling insecurity. When we came in in 2015, 20 out of 27 local governments in Borno state alone were under the influence of Boko Haram, today not a single local government in the entire northeast.”

Nigeria elections are has been adjudged to be one of the most expensive in the world by both national and international researchers and commentators.

A research published in the Journal for African Elections revealed that the 2011 elections cost over N566 billion, more than two percent of the country’s gross domestic product.

Daily Trust estimates that elections expenditure in Nigeria has grown from a little over N1 billion in 1999 to over N100 billion in 2015, surpassing the cost of election in India, the world’s largest democracy.

Bolade Eyinla, chief technical adviser to the INEC chairman, had said the 2015 elections had a core cost of $547 million and a total cost of about $1.5 billion to $2 billion.