HomeAsagbara resumes as FIIRO’s acting DG after board removes Igwe over ‘certificate...
Featured 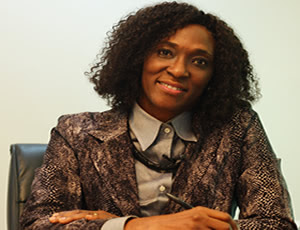 The Federal Institute of Industrial Research, Oshodi, Lagos (FIIRO), has removed Chima Igwe, the incumbent acting director-general of the institute.

Igwe was removed from the acting DG position over alleged involvement in a certificate scandal.

Agnes Asagbra was subsequently appointed to replace Igwe as the new acting DG of the institute. Asagbara holds a doctorate degree in food and industrial microbiology from the University of Ibadan.

According to a memo released by O Akinfire, a director at the institute, Asagbara’s appointment which was approved by the governing board was with immediate effect.

Akinfire stated that the acting DG is to oversee the activities of FIIRO pending the appointment of a substantive DG.

The former acting DG, Igwe had said he obtained a PhD from the Universite d’Abomey-Calavi, Benin Republic, but he did not have a certificate to show for it. The certificate controversy consequently led to protest by the entire staff of the institute.

Igwe had reportedly failed to present his PhD certificate 17 years after submitting a letter of attestation from the university.

Before his appointment as the acting DG in May 2019, the board of the institute had written to the supervising ministry of science and technology, stating that Igwe was unable to prove that he has a doctorate degree, a prerequisite not only for such appointment, but also for the promotion of senior officers.

Although Igwe was the most senior official at the time Gloria Elemo, the former DG, left, the board asked the ministry to consider someone else for the position, a recommendation that seemed to have been ignored fueling speculation that he was enjoying political protection.

Following a petition by officials of the institute, the Independent Corrupt Practices and Other Related Offences Commission (ICPC) had investigated the claim of Igwe.

Two days ago, the agency announced that the former acting DG was not awarded a PhD degree as he claimed.

In a statement, Rasheedat Okoduwa, spokesperson of the anti-graft agency, said investigation showed that Igwe actually completed the three-year programme between 1999 and 2002, and wrote his thesis.

However, she said he did not defend the thesis, and so cannot be said to have been awarded a PhD. She said the university disclosed this in a letter to the Nigerian Mission in Benin dated January 22, 2020.

In the letter, the institution reportedly said it had given the former FIIRO acting DG, at his request, a chance to update his research results in the 2019/2020 academic year.

“It stands to reason, therefore, that if the PhD programme was concluded there would have been no need for Igwe to request re-registration,” Okoduwa said.

“The Commission is firmly of the opinion that he cannot be said to have been awarded a PhD since he is yet to complete the process of defence of his thesis 18 years after he is said to have finished the course work.

“By global standards, the successful defence of a thesis is a compulsory condition for the award of a PhD.

“Therefore, in line with its avowed commitment to discharging its duties with professionalism and responsibility, the Commission has since communicated its most recent findings and position to the relevant authorities for necessary action.”