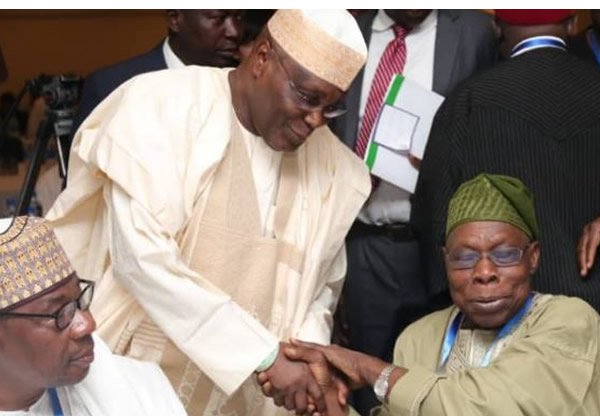 Former President Olusegun Obasanjo and his former Vice-President Atiku Abubakar reunited on Wednesday in Abuja after years of disagreement over the affairs of Nigeria.

The two leaders were brought together by former national security adviser, Aliyu Gusau.

Their reunion came up at an event organized by The Gusau Institute – ‘A New Era for China-Africa Cooperation’ which was held at Transcorp Hilton, Abuja. 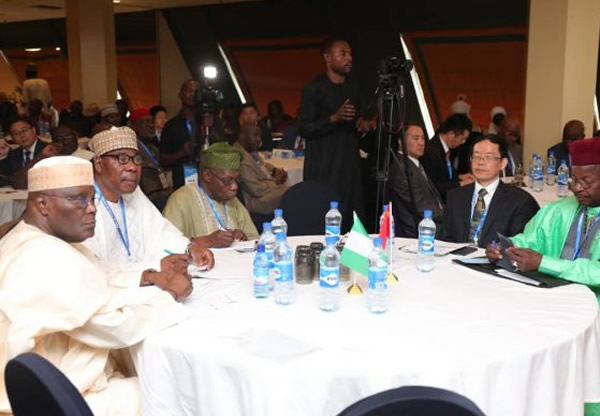 Former President Boni Yayi of Benin Republic and ex-President Mahamane Ousmane of Niger Republic were also at the event.