HomeBakare warns Buhari - We can shut this govt down, says FG...
Featured 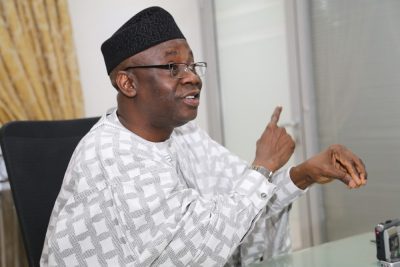 Pastor of the Latter Rain Assembly, Tunde Bakare says Nigerians can shut down the government because of endless herdsmen brutal killings across the country in recent times.

Bakare spoke on the sidelines of “the real cost of subsidy”, an event organised by Enough is Enough, a coalition of youth advocacy groups.

The Latter Rain pastor said an order given by the inspector general of police for vigilante groups and weapon-bearing individuals to surrender “illegal firearm” should also apply to all including the herdsmen.

“This is why I said this government is compromised completely,” he said.

“If you are making such a rule, let it be a statute of general application, let it apply to all. Nigerians to wake up, shine their eyes and put their own destinies into their hands. They should fight for themselves. There are several ways to do it. Civil unrest is one of them, protest is another. We (Nigerians) can shut this government down. We have the numbers and we will show them that we have done it before and we will do it again.”

Bakare who accused the Buhari administration of mismanaging fuel subsidy said it refused to deregulate the downstream sector of the oil industry at the expense of Nigerians.

“Show me in the world, any civilised society or any nation that is developed where government does business,” he said.

“Government job is to create enabling environment for business to thrive and flourish. Government job is to set policy. In Nigeria, the sleaze they get from it (subsidy) is why they are not letting go. There is only one word for either this government or any government, Buhari inclusive: let him that stole steal no more.”