HomeNewsBenue Killings: Sheer insensitivity of APC Government has cause Nigeria lot of...
News 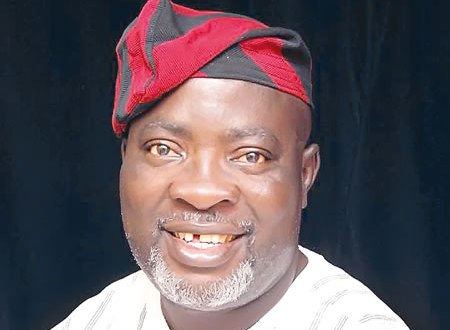 The Peoples Democratic Party has described the recent massacres in Benue, Rivers, Kaduna and other states as extremely wicked and horrifying.

While commiserating with the families of the victims, the opposition party asked the presidency and the ruling All Progressives Congress to search their conscience over the tragedies.

In a statement on Thursday by its National Publicity Secretary, Kola Ologbodiyan, PDP said it was inexcusable that the President Muhammadu Buhari-led APC Federal Government failed to take measures that could have averted the killings, particularly in Benue State.

There were attacks on communities in Guma and Logo local government areas of Benue state between Monday and Tuesday which led to the death of at least 20 persons and many others injured.

Before the attacks, gunmen in Rivers State opened fire on people returning from the church in the early hours of New Year Day.

Also in Kaduna State, some persons were killed on Monday night in separate attacks on two villages in Sanga Local Government Area.

Following the attacks in Benue, angry youth and residents marched in protest on the street on Wednesday in Makurdi, the state capital. Some residents were seen fleeing the state with their properties.

PDP said the APC and the Presidency reacted to the incidents only after the PDP and well-meaning Nigerians took them to task.

“The height of insensitivity of the APC Presidency became glaring in its reaction, wherein a media aide issued some apathetic and indifferent lines without any precise commitment towards bringing the perpetrators to book and assurances of adequate security to forestall a reoccurrence,” the PDP said in the statement.

It called on the Presidency to have some soul-searching with regard to its silence and indifference whenever citizens fall under horrifying attacks.

“What a way to start the New Year? The sheer insensitivity of the APC Government has continued to cause our nation a lot of pain and sorrow.

“Is it not only a careless and inept leadership like the APC government that will ignore the danger signs in any part of the country and leave its citizens defenseless, just to be massacred by marauders?

“If the APC Federal Government had effectively acted upon the danger signs and had provided adequate security in flash points across the country, particularly in Benue state, north central and Southern Kaduna area, this massacre of Nigerians, who were already impoverished by the APC’s misrule, could have been prevented.

“Is it not a tragic trajectory of governance that while the APC Presidency was busy basking on its orchestrated New Year self-praise and empty promises, bandits were having a field day mowing down citizens in cold blood?

“Is it not also an irony that when the government was prompted to react to the spate of killings, all its officials could do was to respond in a most indifferent, nearly unconcerned and almost without compassion manner?

“Indeed, PDP aligns with Nigerians that the APC and the Presidency should have a serious soul searching on their clear indifference towards the persistent killings and maiming of citizens by bandits who constantly invade communities, slaughter the people and walk away with blood of our compatriots in their hands.

“We insist that for the nation to be reassured, the Federal Government must show commitment by ensuring that the perpetrators of these killings are immediately brought to book and made to face the full wrath of the law.

“Nigeria belongs to all of us; every citizen has a right to life and no man should take the life of another for any reason or under any guise whatsoever, the statement said.”

“The PDP commiserated with the families of the victims, and directed its members to assist and continue to pray for them.”

The party also charged the military and other security agencies to leave no stone unturned to protect Nigerians.