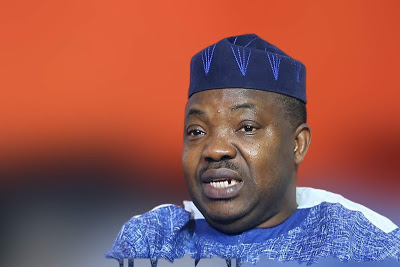 Afenifere, a Yoruba socio-political organization, has backed the leader of the Indigenous People of Biafra (lPOB), Nnamdi Kanu, on his stance on the possibility of Nigeria’s disintegration in the nearest future.

The group on Wednesday raised the alarm that the country may break-up soon.

Afenifere’s National Publicity Secretary, Yinka Odumakin, in a chat with Daily Post, was reacting to claims by the IPOB leader that Biafra will be achieved in his life-time

Kanu, had in a broadcast on Radio Biafra said that Igbo presidency was not achievable because Biafra will be actualised during his life-time.

Odumakin in his reaction noted that Nigeria has gotten to the point where a breakup is “inevitable.”

According to Odumakin, Nigeria has gotten to the point where Yugoslavia, USSR got to before they eventually broke up.

He said: “If you read what Obasanjo recently said, he did make it clear to this country that if we don’t make use of the little window we have to restructure this country self-determination will become inevitable. Like I said the way power has been used in the last five years pushing many nationalities to that conclusion.

“It’s like we now being held with content in our various zones and communities by those who believe that self-determination should be so we are saying that they should utilize that little window to restructure this country back to true federalism so that we can instil confidence in the Nigerian project once again.

“Failure to restructure, the breakup of Nigeria is inevitable, yes we have reached that point that Yugoslavia, USSR, reached that is why we are screaming, shouting and when men like Obasanjo, Gowon start warning us about such consequences we must take it very seriously because a constitution that does not bend will break.”