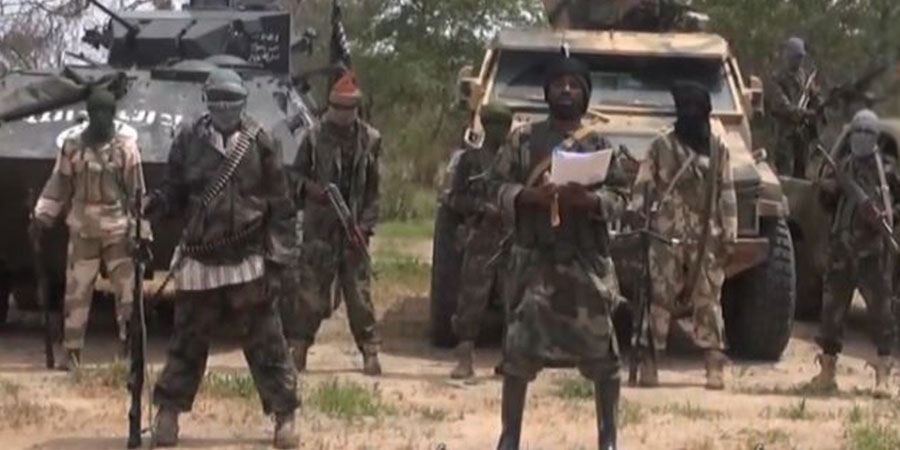 AFP    Boko Haram fighters killed nine people from a camp that was mistakenly bombed by the Nigerian military earlier this year, an aid worker and a resident said on Friday.

The aid worker, who asked not to be identified because he is not authorised to talk to the media, said the attack happened near Rann, in northeastern Borno state, on Wednesday.

“Nine people were killed while working on their farms about three kilometres (just under two miles) from Rann,” he told AFP.

“They were all IDPs (internally displaced persons) living in the camp but used the opportunity provided by the relative calm in the area to tend to their farms for the rainy season.

“The attackers were no doubt Boko Haram and used the cover provided by the crops to lay ambush to the farmers… They attacked them with machetes and knives.

“They seized nine and slit their throats while others escaped and returned to the camp with cuts on their bodies. Some, however, fled to neighbouring Cameroon.”

Usman Wumbi, an IDP who fled to the border village of Wumbi, confirmed the account, adding: “These attacks have become frequent, especially in the rainy season.

“They (Boko Haram) regularly ambush farmers and kill them.”

Boko Haram fighters killed at least two people in a raid on Wumbi in June 2016, forcing hundreds across the border.

Details of the latest incident have been slow to emerge because of poor to non-existent telephone networks in the remote area, which has been a hotspot for Boko Haram activity.

Fighters active in the area are thought to belong to the Boko Haram faction led by Abubakar Shekau.

The military blamed “lack of appropriate marking of the area” on maps for the mistake, despite running the camp and having provided NGOs with logistical details for their activities.

Many of those in the camp were local people forced from their homes. Most were from the Kanuri ethnic group dominant in Borno state and also among Boko Haram.