HomeNationalBoko Haram: Shekau’s mother tells VOA, I have not seen my son...
National

Boko Haram: Shekau’s mother tells VOA, I have not seen my son for 15 years 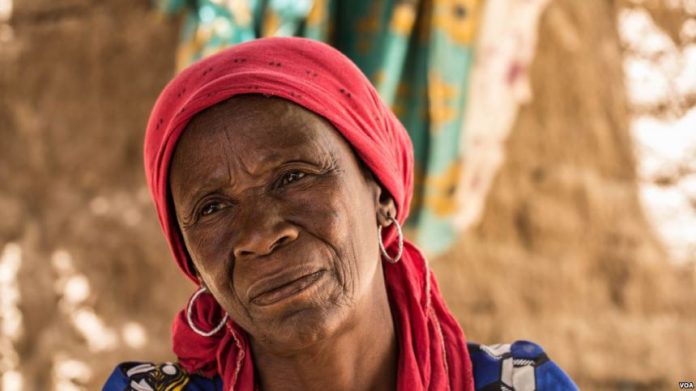 Driving west from the city of Maiduguri, Nigeria, the roads get narrower as the towns get smaller. Along the road lie bullet-ridden buildings and security checkpoints as vigilante members patrol gates, all signs of a region where people are trying their best to protect themselves.

After three hours VOA ends up in Yobe State, at a village called Shekau. Here, elders and community leaders take VOA to meet Falmata Abubakar, who they say is the mother of Boko Haram leader Abubakar Shekau.

His father was a local district imam before passing away a few years ago.

Falmata said she had never spoken to journalists before VOA approached her, and she does not know where her son is hiding.

People here say they often hide the fact that they are from Abubakar Shekau’s hometown because others may fear they have Boko Haram connections.

Falmata says her son left Shekau as a boy to continue his Islamic education in Maiduguri, a centre of religious studies for hundreds of years.

Shekau was an almajiri. In the generations-old tradition, almajirai are sent off by their parents to study the Quran in schools locally known as a tsangaya, where a teacher coaches the dozens, sometimes hundreds of male students, to memorise the entire Quran.

Almajirai beg on the streets for food, and it is believed that Shekau did the same. At some point in his studies, Shekau, according to his mother, met Mohammed Yusuf, the founder of Boko Haram, who condemned Western education as sinful. Falmata says her son was brainwashed.

“Since Shekau met with Mohammed Yusuf, I didn’t see him again,” she told VOA.

“Yes, he’s my son and every mother loves her son, but we have different characters,” she said.

“He brought a lot of problem to many people. Where can I meet him to tell him that these things he is doing is very bad? He brought many problems to many people, but I am praying for God to show him the good way.”

Recall that Mohammed Yusuf was killed by security agents in 2009. Abubakar Shekau then took over as the leader.

Shekau is accused of leading an insurgency that has killed more than 30,000 people in northeastern Nigeria and the Lake Chad region.

Destroying schools is at the heart of Boko Haram’s manifesto, and the group has attacked more than 1,400 schools, according to the United Nations Children’s Fund.

Members of the group invaded the first primary school in northeastern Nigeria in 2010 and 2013. They killed the principal and secretary.

In 2014, Boko Haram killed 59 students at a federal school in Buni Yadi, Yobe State. The school is being rebuilt but the expansive campus is barren, a reminder of one of the bloodiest school attacks in Nigeria’s history.

In February of this year, the sect kidnapped more than 100 students from the girls’ secondary school in the town of Dapchi.

The insurgents returned the students a month later, but held onto Leah Sharibu, reportedly because she refused to convert to Islam in exchange for her freedom. Her mother Rebecca and her brother say they feel in their hearts that Leah is still alive.

Falmata says she can never curse her son, but he has become someone who she doesn’t recognise anymore.

“He just took his own character and went away,” she said. “This is not the character I gave him. I don’t know what this type of behavior is. It’s only God who knows.”