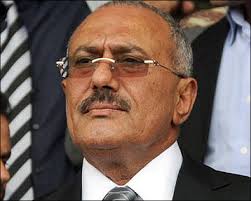 Yemen’s former president Ali Abdullah Saleh has been killed, the rebel Houthi-affiliated Interior Ministry said on Monday, less than a week after disputes erupted between the former allies.

Saleh ruled Yemen for more than three decades, carrying out several wars against the Houthis before he was forced to step down in 2012.

He then formed a surprising alliance with the Iran-backed rebel group after their takeover of the capital Sana’a in late 2014.

“The ministry of interior announces the end of the treason militia’s crisis and the killing of its leader and a number of its elements,” according to a ministry statement published by Houthi-affiliated media.

Earlier in the day, the Shiite rebels blew up Saleh’s house in the capital Sana’a shortly after storming it.

The Houthis also claimed they took control of several areas where forces loyal to Saleh were stationed, adding that hundreds of them surrendered.

Clashes between the two sides began on Wednesday when Houthi insurgents stormed a key Sana’a mosque controlled by pro-Saleh forces.

Both sides have traded blame over the violence.

The Saudi-led coalition, fighting the Houthis and their allies since 2015, had welcomed Saleh’s dramatic shift, calling it a “blessed uprising” against the Houthis.   (dpa/NAN)