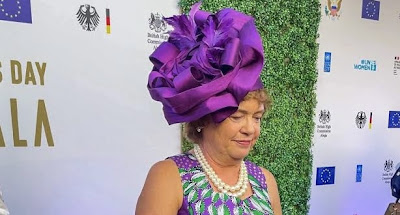 British High Commissioner to Nigeria, Catriona Laing says following the exit of the United Kingdom (UK) from the European Union (EU), its government is looking beyond Europe to African countries, including Nigeria for new trade deals.

Ms Laing said this on Sunday during her appearance on the News Agency of Nigeria (NAN) Forum in Abuja.

She said to overcome its current economic challenge, the UK was working harder to find new markets to reap from the benefits of Brexit.

“We are still, I think, in transition post Brexit. To be honest, our economy needs to adjust to be looking more outwards away from our neighbourhoods of Europe into markets like Nigeria.

“So, we still remain very much in the market for new trade deals as we have done for example, with Australia and New Zealand. I mentioned earlier that the trading arrangements we put in place for developing countries.

“So, UK is still going through a transition but there are positives. We have opened up to migration again, I mentioned, you know, the new visa schemes.

“We have the students and so on. So, there are opportunities there, which are inevitable, particularly with the economic backdrop that we are facing now.

“But I think for the UK and others, since these are tough economic times and when we do not have access to our immediate market, we have to work even harder to find new markets and to reap the benefits of Brexit,” she said.

On expectations from the new King of Britain, Ms Laing said, “Well, I think we are expecting good things and we are still up till now mourning the departure of our beloved sovereign Queen Elizabeth II, who as many Nigerians told me, is all that they have ever known. She has been in our lives for 70 years on the throne.

“But we also look forward to a wonderful era under King Charles 111. As you know, the king met your president recently, that is, I think, the second or third meeting they have had.

“There is a real meeting of minds between the two men, because they are both passionate about climate change and environmental issues, and both said that they have been campaigning for this before it was even fashionable, particularly King Charles.

“So, I am expecting a lot of interest from King Charles III in what is happening in Africa, in the Commonwealth and specifically Nigeria,” Ms Laing said.